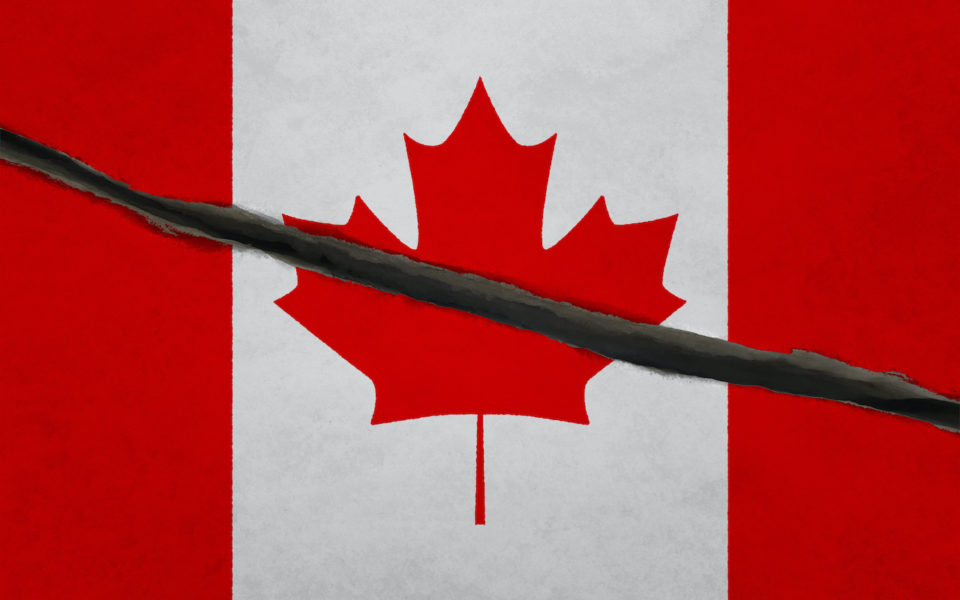 A House Divided: A Post Mortem on the Federal Election

The Biblical quotation “a house divided against itself cannot stand” now applies to Canada more than ever. Why? Because of the recent federal election. Let’s take a look at the results of that election and what it means for our future. First, it was the worst possible result for Canada and for social conservatives.

Yes, the Conservatives captured the popular vote, but they could not form a government. As a result, Trudeau’s Liberals, as well as the other left wing parties, will almost certainly form a coalition that will continue to pass legislation favouring the progressive left. Their bizarre ideas and questionable policies will shape much of our policy in the next four years. We may have thought we had problems from 2015 to 2019, but I believe we haven’t seen anything yet!

There is now deepening pressure on socially conservative Canadians to conform to the image of Canada championed by the progressive left. Those of us who view morality from a Judeo-Christian perspective are now under constant pressure. Legislation is even now being passed that will make it very difficult for us to stand for what we believe in. The so called “Hate Laws” passed in the last parliament have paved the way for judicial action, and it is  designed to silence us and attack our world view.

Our beliefs about moral issues, now considered a minority dissenting view, have been labelled prejudicial and bigoted. Even now Canadians are going to prison rather than knuckle under to the government’s dictates. An outstanding example of this are the brave women now spending time in prison because of  their stand on pro life issues. Is this going to increase in the next four years under Trudeau and the Liberals? You can pretty much count on it.

This time around, we lost some outstanding, socially conservative MP’s who were not re-elected. Harold Albrecht, Steven Woodworth and Pierre LeMieux lost their ridings to their leftist opponents. We had already lost Mark Warawa who, sadly, had passed away. Fortunately, his place was taken by another social conservative. That, at least, was a small victory.

Andrew Scheer, the leader of the Conservative party, is now under tremendous pressure to abandon his stand on attending Gay Pride parades. He is the only leader of any major political party who has taken this position. There’s no doubt about it.  He needs to be prayed for, supported and encouraged by all social conservatives like ourselves who stand in agreement with his moral stance. In fact, we need to support and pray for all socially conservative MPs, regardless of party affiliation, and encourage them to remain true to their beliefs and values. If we don’t, then we may we soon find that we no voice at all in the governing of our nation.

We are now a divided nation. For four years Trudeau played the politics of division, all the while accusing us of doing so. If he was surprised by the results of the recent election he shouldn’t have been. I been active in politics in this country for almost 75 years, and I have never seen it so divided. Economically, socially, and politically, in almost every way imaginable, we are a divided land.

Western alienation and separatism, combined with the ever present separatist threat in Quebec, could very well mean the end of Canada as we know it. This might seem a gloomy prediction to some, but we must be realistic. There are now an unprecedented number of threats to the future of our country.

But I am not ready to give up! In fact, I think it means that those of us who support organizations like Freedom Defence Canada must increase our activity even more. Let your voice be heard! Join with other like minded citizens to promote freedom loving, family oriented, friendly, faith inspired action. Let’s fight back against the dark cloud that now seeks to overcome us and our nation.

The pressure is sure on Andrew Shear and the Conservative Caucus to go Left by the “progressive’s” particularly on social values/ethical issues . A couple a day’s ago I was reading a report by the National Post on the Conservative Caucus’s Decision on the Party’s leadership by Andrew Scheer. At the end of the report was a call by an PM from Quebec for a Leader who would go in the Gay Pride Parade. The progressives in the party will be pushing for this. We need be pushing for the other side so that a least we remain as party… Read more »

Yes. I agree. The aim in all of this seems to be to remove social conservatism from the entire spectrum of political and social thought. Those who are social conservative within the party need to push, and SoCons in the society at large must defend their beliefs and promote them, otherwise we will slip into the darkness of one party and one ideology rule. It’s not healthy or right.

I will expand on this when I address the Victoria meeting of Freedom Defence Canada at the Langford White Spot on Saturday Nov.30th. The meeting starts at 8:30 am for breakfast.Let me know at elleyguy@outlook.com if you want to reserve a space by Nov.28.

IMO part of the problem is that Andrew Scheer has NOT told any media WHY he will not attend their perversion parades. He needs to unashamedly make that case. If the LGBTQ crowd in the CPC party do not like that, they have 3 alternatives to join. So moral conservatives have reasons why we ‘rain on their parade’. Can you imagine a Pedophile ‘pride’ parade? The way our country is slipping into a moral abyss that may happen sooner than you think.

Great points made by Reed. However there is one point I disagree with. He refers to “the progressive left” repeatedly. There is NOTHING progressive about the promotion of evil. It is “the REGRESSIVE left” and IMO we should not use their flowery language. Let’s call them what they are, Regressive Socialists, and/or Communists and/or Maoists and/or Fascists all with a Globalist agenda.

I agree with this Hal but it is the current name attached to the left. They think they are progressive but it is up to us to show Canadians that this is very wrong. They would take us back to the Dark Ages where everything was ok to do and say.