Previous postYou're O.K. As You Are
The Real BigotsNext post 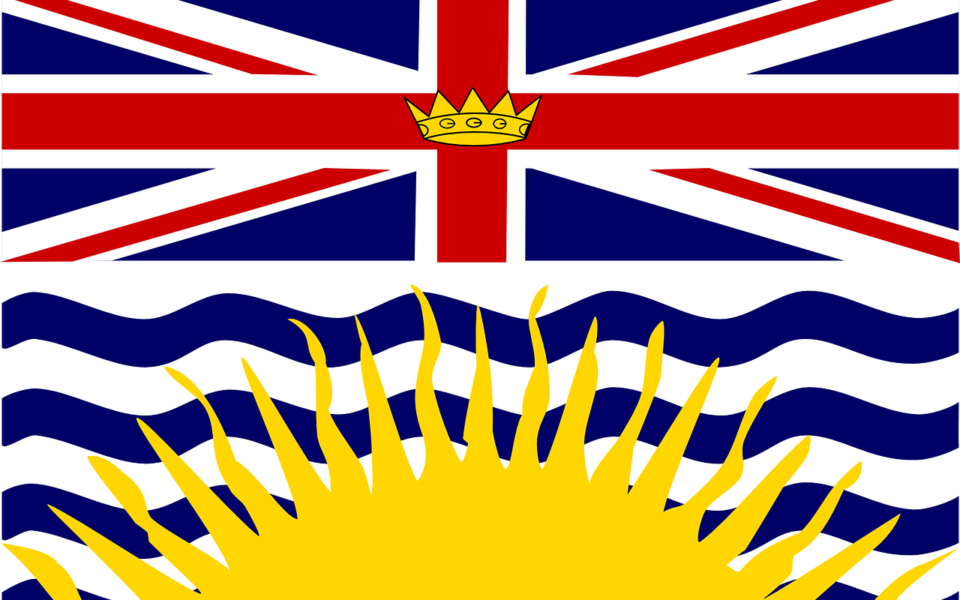 Cancel culture is a terrible thing. It’s no good to claim, as the left does, that it doesn’t exist. That is often their answer to criticism “It doesn’t exist” or “It isn’t so,” as if denying something makes it so. But we know that cancel culture does exist. It’s not the only thing eating away at our rights and freedoms, but it is probably the most potent. There are others, like critical race theory, woke culture and political correctness. They are all damaging our culture, but cancel culture is the worst. Knowing this, you may be asking yourself who their next victim will be.

The next victim might be “British Columbia.” I’m not kidding. There is a growing movement to change the province’s name. In fact, 40% of B.C. municipalities say they would be willing to change it! Fortunately 60% don’t believe that such a name change should take place, but that is down from a previously higher number. That’s how ridiculous this is. There is already talk of changing the flag of British Columbia and so on and so on. It never ends.

The real question is, who is behind this and why are they doing it? We can be reasonably certain that the vast majority of British Columbians do not want these changes. Either they don’t care, or they don’t want to see the province’s name changed. They see it as unnecessary. Those who want these changes are part of the “woke” and cancel culture movements I have written about in previous posts. They are radical leftists and “wokeists” and their goal is to eradicate “colonialism.”

But what do they mean by “colonialism?” Historically “colonialism” just means a policy that promotes the spread of colonies by a dominant power. That was its original meaning, and the one it should still have, but liberal progressives have changed all  that. It’s important to remember that every significant power on earth has taken part in colonialism whether they were European, Asian or some other cultural group. It’s part of the fabric of history and the way things have always been over the centuries.

But to far left progressives “colonialism” means something else. To them it means white people, western culture and western civilization. When they say they want to end “colonialism” they really mean they want to end our culture, the culture of the western world. They are not asking. They are demanding, and they are determined to destroy it. This means destroying statues of Sir John A. MacDonald, the name British Columbia, civic coats of arms, provincial flags (there is a petition to get rid of Ontario’s provincial flag) the names of universities and so on.  It’s all fair game to them. A terrible example of this is a statement by Justin Trudeau on July 25,2018 “The very concept of a nation founded by European settlers is offensive to me. Old Stock White Canadians are an unpleasant relic,and quite frankly, replaceable. And we will replace them.” Unbelievable.

A Small Group of Bullies

As is so often the case, the people doing this are a minority. It is always so. Every radical revolution, along with the destruction and loss it brings about, is initiated by a fringe group. It was so in the French Revolution, the Russian Revolution, the Maoist revolution and in every other terrible event where thousands died because of extremism, and it is true of the cultural revolution we are experiencing now. We have not arrived at wholesale chaos yet, or the destruction that accompanies it, but we are witnessing the beginning of the kind of radicalism that precedes it.

Historical revisionism and cultural warfare is what these people are all about. Getting rid of the name “British Columbia” is just another example. It’s unnecessary and destructive, something the majority never asked for, and an intimidating act of cultural violence. These people are bullies, and we must stop them. But we can’t do that unless we muster the courage to defeat them. One way to do so is to vigorously defend anything they want to destroy. So fly the flag of British Columbia, celebrate B.C. Day, write your MLA and tell them how stupid you think the name change is, but, above all, don’t be silent. The day is coming when they will be pushing even harder to change British Columbia’s name and initiate even more bizarre changes. You can count on it. When that day comes you will want to be ready, and you will want to do what is right.

Great points made and we must resist but on the priority of things, stopping vaccine / mask mandates and vaccine passports are a WAY more important issue requiring the absolute most resistance we can muster, short of violence of course. Please read
https://evolvetoecology.org/2021/02/27/dr-reiner-fuellmich-begins-legal-litigation-on-the-covid-19-fraud-the-greatest-crime-against-humanity/

Thanks for your insight Hal. The two topics are different but related. No one can argue that the removal of free speech isn’t important, or that the government has the right to suppress our liberties, given to us through our constitutional democratic rights, but the issue of changing the name of British Columbia is part of the attempt to culturally eliminate and/or demonize “old stock” Canadians. It is woke revisionism, and therefore not just historical revision but historical distortion and narrative genocide. This too is important, vitally so. We need to address it to prevent our becoming even more a… Read more »

It is important to understand the symbolic nature of these kinds of revolutionary activities. We may say, (as Hal does in his comments) that this is not as critical an issue as other things in our cultural moment. Perhaps he is right about that but I still think that what Hal is talking about and the idea of changing the name of “British Columbia” are both parts of the same general threat of our time! The destruction of a way of life takes on different forms but it is still destruction whether we strip away personal and corporate freedoms or… Read more »

Great points Perry. However, the change of name of a particular province does not command the attention, in my view, that the current issues around mandatory vaccination and vaccination passports. The woke cultural revolutionaries and their cancel culture efforts are simply a portend of a future that might happen but I would argue that this is trivial compared to the global acceptance of mandatory government edicts and the total lack of push back. Communism is NOT coming to a country near you, it has ALREADY ARRIVED and is generally accepted by the sleeping citizens who have trusted their governments and… Read more »

In the ultimate sense yes, the removal of freedoms and the mandated suppression of rights is the most important, and it is shocking to see the relative acceptance of this by the populace, but the post was not really about that, although we can say that they are related. The cancellation of the name British Columbia is a direct attack on our history by woke culture, no small thing. This is an attack by the woke “mob” on Europeans, whites and the connection with European and western civilization. It is deliberate, connected to so called “whiteness” and woke ideology, and… Read more »

Hi Perry and thanks for your accurate description of the way that things are currently unfolding………..yesterday afternoon…. and in Victoria….a group of protestors blockaded the highway entering and leaving Victoria……..the result was chaotic……thousands of people on their way home …to appointments…..meetings…. and emergencies we’re unilaterally prevented from access to their ‘freedom of movement’ by a small group of individuals…who will likely not be held accountable by any reasonable measure…….such events are now expected and unfortunately….accepted…..the order of law…which came to us via our European ancestry is under siege…….police and RCMP…..our chosen custodians have been hamstrung intentionally by politicians…..it is my… Read more »