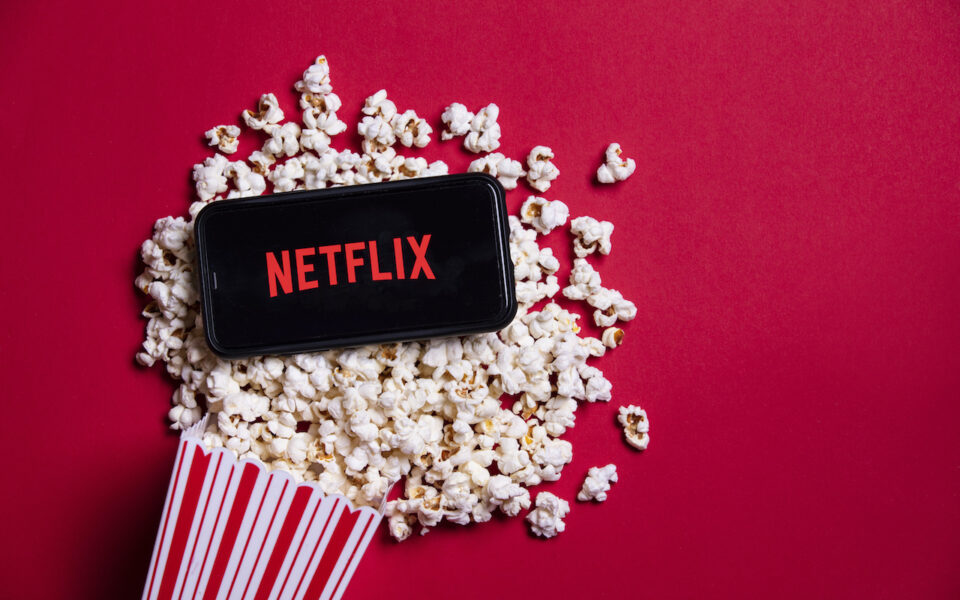 I’m going to cancel my Netflix subscription. To tell you the truth, Netflix wasn’t that great. A lot of its movies were old reruns from decades ago. Its dramatic series were often poorly directed, and the story lines were contrived and predictable. Like so many other platforms and streaming services these days, it towed the party line and pushed a liberal progressive LGBTQ narrative. In short, it was boring. There was the odd interesting documentary and series, but that wasn’t enough to justify a subscription. All of this, however, isn’t the reason I’m cancelling.

The real reason I’m cancelling my subscription is because of “Cuties.” Cuties is a French production that Netflix is now featuring. It’s about three 11 year old French girls who become fascinated with group erotic dancing. Just to underline the point here, the girls are 11. The producers claim It’s supposed to be a subtle condemnation of pedophilia, but in reality it’s the exact opposite. The girls are dressed inappropriately in sexy costumes, dance erotically, simulate adult sex acts and twerk (I’ll leave you to find out what that means. Google it.) By featuring graphic simulated sex acts done by pre adolescent girls “Cuties” promotes pedophilia rather than condemning it.

There was an enormous outcry over “Cuties” as there should have been, which gives me hope that the concept of decency hasn’t entirely been abandoned, and Netflix was duly punished by the public. It lost a huge number of subscribers and billions in revenue, but still kept “Cuties” up. Because these battles sway back and forth in the crazy world we now live in, large numbers of people also watched “Cuties.” Ironically, it helped as well as hurt the company, but mostly it hurt it. Good. To paraphrase Churchill “…You ask me what my aim is, I can tell you in one word. Victory!”

The Arc of All This

But the most disturbing part of it all this is that there is no doubt the media are trying to mainstream pedophilia. Think about that. Let that sink in. I’ll say it again. They are trying to mainstream pedophilia! The arc of extreme liberal progressive thinking is to mainstream the unthinkable. Could you have even imagined this 30 or 40 years ago? It would have unthinkable, and those responsible would have gone to jail. The public would have been apoplectic and boycotting of Netflix would have been universal. Not so much now. Yes, the outcry was good and satisfying, but to think that millions may have approved of “Cuties” including those who actually gave it awards, (and it did get awards) is frightening! We’ve come a long way from 1939 when the producers of “Gone with the Wind” agonized over whether or not to include the word ‘damn’ in Rhett Butler’s famous answer to Scarlett O’hara. They were worried the American public wouldn’t accept it. Times have changed.

For each of us there comes a time when we have to make decisions about these things. By saying that you’ll keep Netflix for the interesting documentaries or for variety, or because you believe it is relatively harmless you are hedging and avoiding the importance of the issue. Netflix is showing, and by inference supporting, the sexualizing of 11 year old girls. It’s pedophilic and providing content for those with pedophilic tendencies. Period. Saying otherwise is like saying men who bought Playboy in the 1960s were only interested in the articles. Yeah…right. In the end it’s your decision, but by keeping your subscription to Netflix you are supporting “Cuties.” Don’t pretend otherwise.

Where the Left is Going With This

So where is all this going ? The first thing to realize is that, once again, we have an “arc” here. Have you noticed how many things in the last half century or so that we once agreed were wrong or immoral are now not only acceptable but tolerated, celebrated and glorified? We could go into the most egregious examples, but we don’t have to. Divorce, (no one’s fault and now virtually the norm) Drug addiction (no one’s fault, and now a mysterious disease) S.T.D.s (no one’s fault and now easily curable or halted with drug cocktails) Homelessness ( no one’s fault, a problem to be endlessly looked at and puzzled over, let them encamp in public parks and sleep where they want. Oh…maybe it’s the 1%’s fault) Over taxation (no one’s fault, the government has to do it ) Suppression of free speech ( no one’s fault, someone has to stop the hate speech Hillary Clinton’s ‘vast right wing conspiracy’ is indulging in) we could go on, but we won’t. So what does it mean? It means that the left is expanding what is “tolerable” in the interests of their aims.

What are Their Aims?

The next logical question, then, would be “What are their aims?” A good question. It is now one of those ‘undeniable realities’ that their aim is to break down western civilization and everything we think of as “decent” and “good.” And it goes without saying, of course, that everything we associate with that is based on Judeo Christian values. Even the most basic knowledge of history confirms it. But the left hates those values, and in order to break down the system and rebuild the West in their image they must first destroy it. In pursuit of that aim you can show pedophilia, criticize or eliminate the traditional family, vilify marriage, persecute Christianity, revise history, glorify and supply drugs, do nothing about homelessness, worship the state and allow them to dictate your children’s values, silence conservatives and hold “peaceful demonstrations” that involve destroying businesses and burning buildings. “Cuties” is just one small part of a much larger picture.

As I said earlier, you can make up your own mind. That’s the nature of a free and democratic society but, unless you think “Cuties” is just fine, and I can’t imagine any decent person doing so, I urge you to end your subscription to Netflix. I know I am. The link to the petition against “Cuties” is included below.

Absolutely spot on! Social conservatives need to stop subscribing to this evil!

We have have taken action-Ken and Irene Oakes.

I am planning today to contact our server Shaw Cable and express my aversion to the showing of “Cuties” and their association with Netflix.
Also, their is so little on Netflix that appeals to us so we seldom us it, We usually end up watching shows on Brit Box.

Excellent. Thanks. In my opinion the more public reaction to this the better. Netflix will count on the issue fading in the public eye and then will move on with their agenda as soon as possible. If they can show or promote pedophilic behaviour in this way then what will be their next frontier? Only sustained public aversion and outcry will stop them.

Most people on the left are also against Cuties. I have not spoken to anyone who is okay with it. Stop trying to make this a liberal progressive thing – no liberal I know wants pedophilia normalized. This is not due to general liberal progressivism, it’s due to a handful of people with twisted views.

Well it certainly is not a conservative thing. It is supported by the same people who want drag queens reading bed time stories to innocent little children in our public libraries.

News flash: drag queens aren’t pedophiles. Liberals are not pedophilia supporters. Again, this is a twisted group of people who neither side of the political spectrum wants to associate with.

You have proof of this?Would love to see it!

Great article but maybe we need to ask ourselves WHY we got Netflix in the first place or use Facebook when they are censoring conservative points of view. I NEVER signed on in the first place and when I saw that Twitter Shadow banned me, I cancelled my Twitter account and now use GAB instead. We need to understand that the main thing these companies thrive on is MONEY. Less subscribers means LESS MONEY. So we as conservatives and/or followers of Jesus Christ need to put our money where our “World View” and values are. btw, I have only the… Read more »