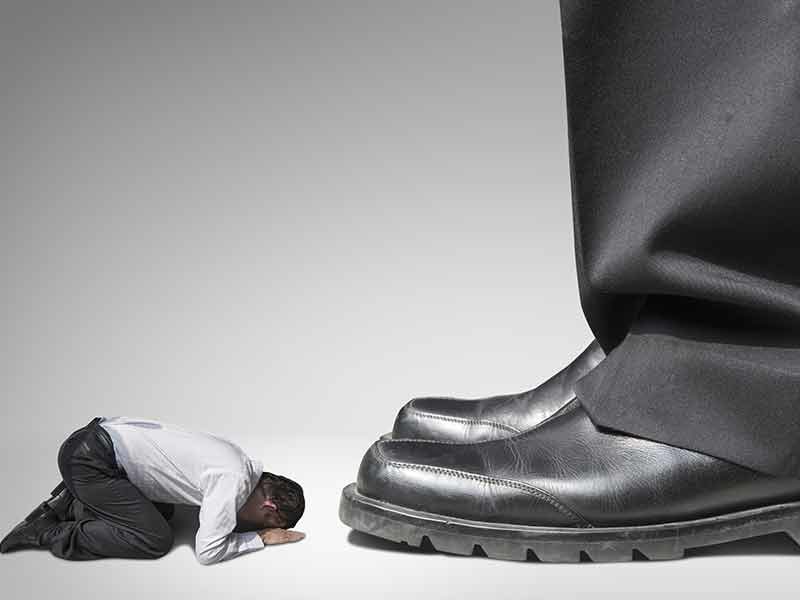 There is a terrible point in the affairs of a nation when government, obligated to safeguard the rights of its citizens, crushes those rights and becomes a regime. It’s difficult to know exactly when this begins, but there is always a moment when it becomes obvious to all that the nation they once loved has metastasized into something else.

It might begin with small events and seemingly innocuous decrees. Perhaps the hypothetical nation we are speaking of, a place where free speech was once cherished and defended, now forbids its citizens to criticize a certain belief system. Or maybe the right of conscience of a physician is stripped from them when they object to the practice of euthanasia.

Again, this may be hypothetical, but suppose students were denied summer employment. Imagine that, in order to gain that employment, they had to sign a document stating that they agreed with the government’s leftist progressive beliefs. Say that, even if they disagreed with practices that went against their personal, moral and religious convictions, they still had to comply or they wouldn’t get the job. Agreeing would cripple both them and the organization they were applying to but the government still made them do it.

Sex and Gender Curricula. Accept the Unacceptable or Else.

In this vein, purely conjectural of course, perhaps we should consider some other possibilities. What if the provincial or state governments of the nation we are speaking of beings to teach a school sex and gender curriculum that offends the children’s parents, has little or no connection with reality and is forced on the children like the curricula of a tyrannical or despotic regime? Perhaps they might be told that their gender or identity didn’t exist, or that practices or activities they found objectionable must be accepted or celebrated or they will be punished or persecuted. Taking this a step further, what if individual schools who refused to go along with this were threatened with closure or might have their accreditation removed?

The Right to  Protest.

What if, while we are indulging in imaginary scenarios, the right to protest a practice threatening the lives of the unborn was so severely curtailed that people could not demonstrate near, or even in the vicinity of, a facility carrying out such practices, thereby removing their democratic right to protest? What, indeed, would happen if a bill were passed in one of the nation’s largest provinces that forbid the parents from correcting their children’s concept of their gender identity, and, if their three or five year old were to protest, those parents could have their children taken from them by the government?

I know these scenarios might seem ridiculous. I get that, but let’s just imagine that, in another province of our hypothetical nation the provincial teacher’s organization mandated that the phrase “boys and girls” be discouraged or prohibited. Suppose that an acceptable substitute written in the teacher’s “tool kit” was “comrades.” (no connection, of course, to the former despotic communist regimes relegated to the dustbin of history) Imagine as well that special bathrooms were created for the use of a group or groups whose existence was either ridiculously minimal or might not even exist at all.

And what if the right to dissent was further crushed by parliamentary motions and laws that could result in jail sentences of up to two years for those who openly criticized beliefs they didn’t agree with? Again, perhaps, in addition to all of this, the government and, in particular its leader, openly disdained his own people calling them “racists” “dumb dumbs” “disappointing” or “__________phobes” (you can fill in the blank) if they disagreed with him. Wouldn’t this mean he had little regard for their democratic rights in a democracy where their rights were all that mattered ?

Time For a Wake Up Call.

Well, rest easy Canada. The things I’ve described above could never happen here. Right? I’m afraid, folks, that it might be time to start thinking about the drift from government to regime in the mythical country we’ve constructed as real . Consider this a wake up call. Do your recognize the nation I have described? All of these thing have already happened in Canada.

Let’s Take it Back.

We can no longer ignore what is patently obvious. In fact, since all of the things I have described are now happening in Canada, I would think it is clear that we are now becoming the nation we never thought we would be. The only conclusion I can come to? It is time to take our country back.

Small events, decrees. Death by a thousand cuts bleeding the natural will to freedom from the body politic. Wow. This has woken me up. I do recognize this country. It is Canada

Thanks once again for your comment Jeremy. We truly appreciate your input.

Well summarized Perry. I just wish everyone I know would read this. Most people are in denial or are so disturbed by these things that they play ostrich and bury their heads in denial.

As I read Perry Foster’s account of this nation (wishing it was mythological), I could only wonder – how on earth did we get here? How have we not seen the ‘signs of the times’? Somehow we have allowed our birthright as Canadian citizens, along with the freedoms, responsibilities and privileges we have, to be stolen from us by liberal elites and a so-called ‘progressivist’ agenda that threatens to send us straight to the gulags. We have failed to stand up for what is good and right, what is noble and true, what is excellent and praiseworthy. It is time… Read more »