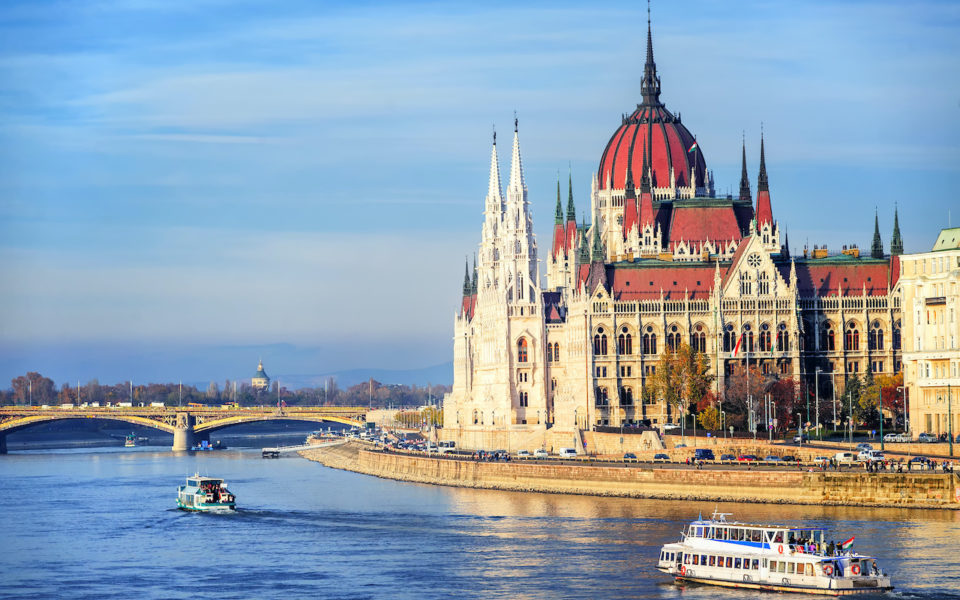 Is the Future Hungarian?

Around the world, populist nationalist movements are rising. It shouldn’t surprise anyone. For decades now the popular image of a global world order taking care of us because we can’t take care of ourselves has been promoted everywhere. It grew out of many sources, all of them liberal or left leaning. Even the original Star Trek T.V. series promoted this idea. Sometime in the future there would be an Earth Authority, part of a United Federation of Planets in which everyone obeyed a central galactic authority. Don’t get me wrong. I loved the series, but I’ve come to deeply dislike the idea of globalism and don’t want to see it dominate this world or any future one.

Neither do the Hungarians. Ever since the fall of the Eastern Bloc the Hungarian people have been asserting their national identity and the recovery of  their culture. Under Viktor Orban, their popular nationalist leader, they have been leading the way in challenging the E.U. They still want to belong to the organization, they just want to keep their identity, culture and boundaries.  Why shouldn’t they? Why should they give up their history and culture to what amounts to an economic trade union?

But it’s not just happening in Hungary. Populist governments have been elected everywhere:  in India, Brazil, Poland, Italy, Moldavia, Lithuania, Estonia, Romania, the U.S. and many other places. When they are not elected, powerful nationalist and conservative movements are becoming influential, defying the polls and the pundits who predicted their demise. In Australia the conservative government of Scott Morrison was re-elected, surprising everyone. President Jair Bolsonaro, a populist nationalist, won in Brazil, and even though Brexit has caused the British people no end of difficulty, it is an expression of the people’s will, a kind of populist nationalist uprising of its own.

So what’s going on here? Why aren’t we moving closer to One World Government and the United Federation of Planets? The answer might be that people simply don’t want it. It’s unnatural. Central to everyone’s psychological health is a sense of identity. Without it we enter into a kind of rootlessness. After all, most of us spend the greater part of our youth asking two basic questions: Who am I? and What am I going to do with my life? Childhood is the first stage in a gradual process of separating our identity from that of our parents and asserting ourselves. We want to be unique, separate and in charge of our future. Globalism, and liberalism want to crush that and make you part of a mindless collective. To make reference to the Star Trek franchise again, you will be part of the Borg Collective. Resistance is Futile.” Who wants that?

Perhaps Hungary is leading the way. Other countries now appear to be asserting their own identities as well, and it may be that, as ex Prime Minister Stephen Harper stated in his book “Right Here, Right Now,” populist nationalism is the wave of the future. Nations and peoples are no longer be afraid to reclaim their identity. They may even be brave enough to place reasonable limits on things ( we said reasonable) like immigration and globalist policies. To some degree it’s already happening. Liberal Progressives hate this. It threatens their cherished dream of a global collective. Too bad. We have to have the courage to resist injustice. If the Globalist’s dream were a colour it would be beige or light grey: dull, lifeless and depressing. The concept of a global monolithic government qualifies as tyranny any way you look at it. Thank you Hungary for resisting.

Siblings Should Get Along

If any dream should replace the nightmarish one of global world government it is a co-operative union of nations. Think of the world as a family. All the members are different and, as any parent will tell you, no two kids are alike. You can’t chain them together and force them to obey you. No sibling gets to dominate the others. The human family works the same way. We need culturally distinct nations co-operating on critical issues. I’m not talking about the United Nations. That organization is mostly useless and impotent. We will need something better to take its place in the future. Nations will have to have a distinct identity all the while mutually negotiating their collective future. And, if that comes to pass, it may look more like than we think. How interesting !

I hope your scenario is correct and if it is, this will only last for a while since our manual tells us the world is being set up for the rule of two people: one a religious leader and one a global dictator who will take out his anger on Jews and Christians. People are very fickle. If there is a word economic collapse someone who promises to stop all crime by having all financial transactions recorded and makes it illegal to use any currency and/or gold/silver might just be accepted as a ‘benevolent’ dictator who turns into the most… Read more »

Just as individuals are unique, so are nations and peoples. This is part of what makes the world and life so interesting. Contrary to the beauty of differences and uniqueness the globalist’s world, as you put it so well in your article, “If the Globalist’s dream were a colour it would be beige or light grey: dull, lifeless and depressing.” It reminds of the dull, insipid world of the former Soviet Union. As human beings living in different places with differing cultures, we are created to express our uniqueness and to do so in a world that can both allow… Read more »