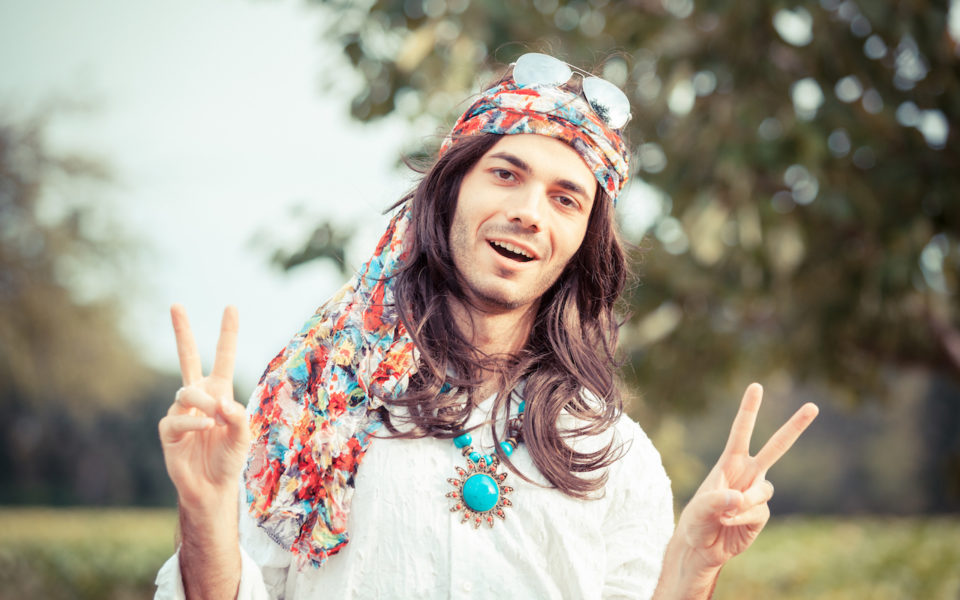 For some reason I will never understand, people love the 1960s. There’s something about the decade that they worship. Millions of people still embrace its values, defend its leftist ethics, and ape its revolutionary culture five decades after it has passed. Why?

Part of the reason may lie in responsibility. People hate it, responsibility that is, and the 1960s gave them the opportunity to be irresponsible for the rest of their lives. Let’s look at that. The 1960s gave us a legacy that, although fondly remembered by some, doesn’t have much to recommend itself. People threw off the legitimate constraints of our culture. They established uncommitted relationships, took mind altering drugs, had sex without responsibility, dressed in an inappropriate manner and spat on their parents values, all the while wandering about trying to “find themselves” courtesy of the state and its generous social welfare system.

The Losses Outweighed the Gains

Are we exaggerating? Does this feel like an unfair portrayal of the 60s? After all, didn’t it bring about a more egalitarian society and loosen the strict conformity of the 1950s? Not really. If any benefits came from the 1960s they were far outweighed by what we lost, and we lost a lot. The wide spread opioid drug epidemic we are now facing, the collapse of the traditional family and the cultural civil war we are in, all had their roots in the 60s, specifically in the seven years between 1962 and 1969.

We are the unfortunate heirs of this, and we can see its destructive effects everywhere. Is there any way to deny or excuse the destructive nature of 1960s? Should we even try? It was a mess. Every time we go past a public injection site, see homeless people lying in drug stupored agony, or listen to the bizarre claims of the Left about sexuality, relationships or religion we can thank the 60s.

What is most tragic about it, however, is the fact that so many aging boomers, and their children, continue to believe in the false ethics of that time. They are one of the main reasons it is so hard for us to return to stability. Common sense and logic often mean nothing to ex flower children and their offspring, who consistently opt for fantasy over reality. It’s all about feelings to them, and now they have doomed us to the difficult task of restoring our society while resisting a fifth column in our midst.

Miss Spain and the Suspension of Reality

Fighting for Sanity, Oh…And Civilization Too

1968 was the year that Canada, like many other nations, began to go off the proverbial 60s cliff. Prime minister Pierre Elliot Trudeau’s 1968 omnibus Bill, transforming our laws regarding divorce, homosexuality and abortion did little to bolster our society and its time honoured values. It resulted, in no small way in the crazy liberalism we see all around us. Later, with the onset of Neo Conservatism, the right won some battles in the political war, but the left, the children of the 60s, won the social struggle. Now we have the daunting task of fighting, not only for our beliefs, but for the restoration of sanity and civilization. You might think we are exaggerating here, but one glance at the headlines will prove that we are not. There isn’t enough space here to explore the “iceberg” of aberration and unrest the 60s unleashed. It gets stranger every day as any survey of social media will reveal, so there’s no point in denying it.

Upheaval. Is Anyone Surprised?

But at the same time, there are signs that the average citizen of the West has had enough. From unexpectedly strong conservative, even populist, election results, to public movements like the Yellow Vests there are signs we are reconsidering the far left’s radical heritage of the 60s and waking up. The task for our future will be to nurture that new awakening and convince others to join us. It’s time for them to trade in their tie dyed T shirts and bandanas and wake up to a simple fact: It’s not 1968 anymore.

A great description of the 60s which was the start of personal autonomy being every thing and thus each person being their own god. Hedonism was promoted. The solution to the 60’s ideologies seems to be suggested as “The task for our future will be to nurture that new awakening and convince others to join us. ” IMO, incrementalism towards evil seems to work. Incrementalism towards good does not. Maybe one of your readers can give me an example? IMO the only solution is a mass revival of the Christian faith by people recognizing our sinfulness, giving up our pride… Read more »

Why do you care that a transgender person is in a beauty pageant? Shouldn’t you be worrying about, I don’t know, something that actually matters?

Having grown up in this era, I can attest to everything you say. One thing though, I have absolutely no sympathy for the Yellow Vest movement – rioting for weeks on end, ruining a beautiful city is no way to bring about positive social change.