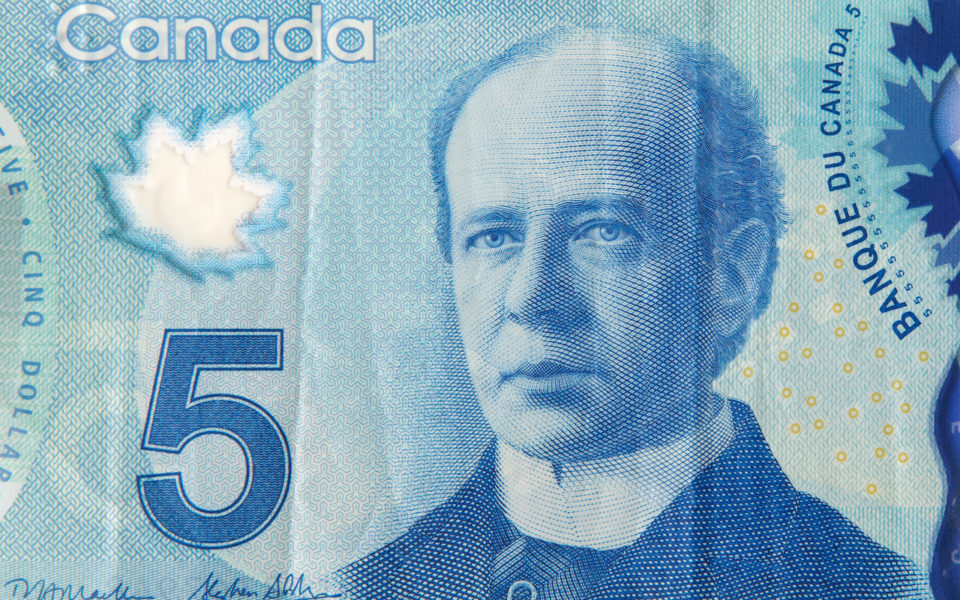 There comes a time when a nation must make a decision about its past. That statement may surprise you. You may have thought that I was going to say that it would need to make a decision about its future. But these days, the past is in as much peril as the future. Around the world governments and power brokers are attempting to rewrite history, and nowhere is this more true than in Canada. For the past couple of decades a concerted attempt has been made to rewrite our history and eradicate our traditional narrative.

There’s no good reason for it. Canada has a wonderful and interesting history. We grew into a marvelous nation. So why is this happening? To understand it you have to think of warfare. The radical left Social Justice movement has decided that History is a “Hill to Die On.” They’re right. If you can change people’s idea of History you can alter reality. If they succeed they will control the narrative of who we were and are, and mark my words, that is important.

We’ll  Never Be the Same

If they win, Canadian history will never be the same. It will no longer be the story of brave men and women carving a nation out of a wilderness. It won’t be the tale of the development of a modern democracy envied by the rest of the world. Instead it will be the story of oppressive Eurocentric Patriarchal Males with “Privilege” crushing the rights and freedoms of others and preventing oppressed groups from blossoming. It is already becoming that in defiance of the real narrative and common sense.

The Racist Founding Fathers Must Go

John A. Macdonald, Lord Cornwallis, Wilfred Laurier and a host of other amazing Canadian leaders have either been removed from the narrative or are on their way out. For Liberal Progressives, it’s  fun to demolish and destroy history. Because of their increasing influence, Canadian history has already changed. It has become a litany of complaints about the “crimes” of our founding fathers, men with admirable qualities who were doing the best they could in  their time. They created an amazing nation, but that’s not good enough. They must pay for their crimes and their ignorance of political correctness.

The latest target is Sir Wilfred Laurier. The Bank of Canada has announced that it is looking for a new design for the five dollar bill. That’s the denomination Laurier is on. Apparently he isn’t good enough any more. They want someone cooler, hipper and more progressive than Laurier was. The only problem  is that he was a trend setter in his time, a forward thinker, chic, dapper and dedicated to  Canada’s betterment and future. He was a real progressive, a believer in progress and Canada’s future. No matter, he must go. He should have known, you see, what our values  would be and have acted accordingly. But he didn’t, and he doesn’t represent a grievance group. He tried not to play identity politics with his “Sunny Ways” policy ( the term was originally his,  Justin Trudeau just appropriated it) and did his best to find solutions to the problems of his time. Sorry, not good enough.

What’s behind all this? Nothing less than the social engineering of Canada. We don’t yet know who or what will be on the five dollar bill, but we know that they will likely represent an “oppressed” group of some kind, perhaps one that only stands for a small percentage of the population. That’s what left wing social justice warriors want, and for the moment they have a lot of power. They will not be content until you don’t recognize Canada, and terms like “English Canadian” or “Old Stock” Canadian are gone. Am I exaggerating? Not by much.

On Oct. 19th, 2015 and  on Oct. 22, 2019 Canada began a terrible process of deconstruction. Those were the dates of the last two federal elections, and elections matter. The traditional narrative of Canada is the correct one, but the Liberal Party of Canada, an ideological regime, is dead set on destroying it. Along with shaming traditional Canadians, they are attempting to eradicate all signs of our once proud history. Taking Sir Wilfred Laurier off the five is just the latest step in doing so. If we care about Canada we should resist them, and we can start with the five dollar bill. Write your local M.P. and tell them that Laurier belongs on that bill and no one else.

Great article, Perry! When these radical “social justice” idealogues gleefully destroy our historical foundation, they are simultaneously destroying the very foundation that gives them the freedom to complain! In other words, they will find themselves in a position where they too will be run over by others with more radical ideas until we utterly self destruct as a nation. The only way for us to have the freedoms that we have enjoyed is to look back into our history and find out from whence it came – which will lead us back to the exemplary efforts of our founding fathers.… Read more »

Conrad Black wrote a book on Canadian History called, ” Rise to Greatness”. I turned the section on Wilfred Laurier. What a Great leader. He kept the Americans for taking over the West. He designed a plan that was instrumental in the formation of the Prairie Provinces of Alberta, Saskatchewan and Manitoba. How he did it is quite a story. He will be turning over in his grave these days seeing how the Liberal Party is destroying his West. He was making an impression around the world. When visiting England a comment was put in the Daily Times, For the… Read more »

Agreed. What has happened to Canada is tragic. In their attempt to remake Canada in their own image the radical left has almost effectively destroyed it. It is up to individuals and patriotically minded citizens to rebuild it.

Perry, thank you for this well considered piece. Sadly, I think you have captured the truth and identified the current heart and soul of the party in power in Canada at this moment (God help us that it WILL be brief). It is their purpose to rewrite the historical record to remake Canada according to their own ideology and image of Canada, as a nation. It is a fool’s errand, but as we know that is precisely where they excel. There is a verse in that most ancient of books that warns us of a future to come and admonishes… Read more »

Thank you Rick, Perry, and others for your patriotism. I, as well am appalled at how quickly our great nation is being toppled by the “no minds” of progressivism!

My wife and I travelled the USA last year by RV. We learned so much of the founding fathers. People like Wilfred Laurier who continue to be revered, not taken down and disrespected.

Let us continue to stand tall with Freedom Defense Canada.

Couldn’t agree more! This is our history and we shouldn’t try to change or edit it. Destroying or removing our historical figures is just a way to silence conservative values.

Another great article Perry! The reason the left can get away with their nonsense is because our public schools, universities and Main Stream Media (MSM) have been brain washing our students for about 40+ years now. So they have a willing body of indoctrinated voters who will support this. IMO this cannot be turned around without a bottom up movement and most importantly by a massive conversion away from faith in big government and themselves as their own gods and back faith in their Creator the Lord Jesus Christ.

Well articulated and timely article. Any movement that atempts to destroy history and superimpose it’s own new world order is dangerous and should raise alarms. We must confront and expose the lefts attempt to hijack our nation’s history.

Your insight is spot on! Many of us feel the increasing incremental creep of Leftist (Marxist) ideology into our daily lives. It has been at times subtle, gradual, and in many ways unnoticeable but ever so cumulative and damaging to the traditions and freedoms that make us who we are. Public school social studies no longer focus on early Canada as a nation developing, the formative years; the BNA Act, the struggle for Confederation, the Dominion of Canada, the fight for responsible government, the test of war etc. They instead seem preoccupied with globalism, first peoples and nations without borders.… Read more »

Well said, and extremely well written. You have stated this so well, especially your exposition of the narrative of Canada’s development. This is the real story. We can’t let the cultural Marxists wipe our history clean. Great commentary Diane.