Previous postThe Institutions I Love
The Evil Use of LanguageNext post 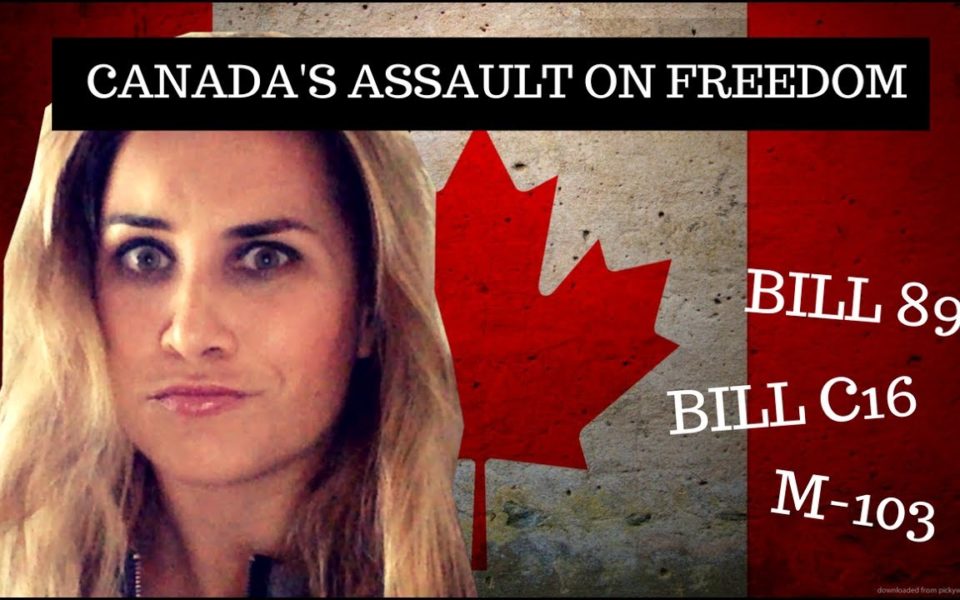 It is a sad truth that most people have short memories. Issues that once consumed them fade away and become unimportant. One reason for this is that they are bombarded by a 24/7 news cycle that gives them little time for reflection and even less time to express their concerns. As a result, things slip by them and, if they’re not careful, they can become the victims of legislation that can only be described as dangerous and evil.

A classic example of this is Motion M-103. In a previous blog entitled “Why M-103 Still Matters” I discussed the dangers of the motion and how it could lead to less freedom for all. Those dangers have not gone away. In fact, the process of pushing M-103 from a motion to a Bill, and finally to a law that would silence both free speech and criticism of Islam, is ready to go forward.

Why We Should Continue to be Concerned.

This is an astounding thought. We Canadians should be using all of our resources to prevent M-103 from being realized. Reliable sources indicate that the end of the parliamentary committee’s study period could come as early as Jan. 29th 2018. Inevitably, the committee will find that there is indeed “systemic racism” in Canada, (whatever that means) that Canadians are indeed intolerant of other religions, and that this needs to be stamped out by a law that will punish free speech and those who indulge in “Islamophobia,” a term that was never clearly defined in the first place.

But what does it all really mean? It means that the powers that be will use every form of exaggeration and false “evidence” available to push M-103 through. Of course there are examples of religious and racial bigotry, but they are fringe incidents and appear in all walks of life amongst all groups, including the far left and minority groups. The danger of M-103 is that if the committee finds an example of someone saying that they don’t like the ideas of Sharia Law or that they think hijabs are inappropriate, they will say that Canadians are indeed “racists” or “Islamophobes” and that M-103 should be upgraded to a  law that will silence these heinous bigots. After all, these people, as “haters,” shouldn’t necessarily have the constitutional right to free speech, should they?

The slippery slope this represents should be apparent to everyone. Who defines “hate speech?” Who decides who shall be fined or imprisoned for their opinion? In most cases it is a small group of partisan “experts” aligned with “Liberal Progressive” special interest groups, and chosen by the party in power. This does not bode well for us.

Not the Government’s Job.

It is not the job of government, or ideologically driven individuals, to tell us what we can or cannot say and them create laws to punish us if we do not comply. Once in power, however, their power becomes hard to resist, and that is the situation we face today. As responsible individuals and Canadian citizens who love and respect our country’s history and laws, we have no choice but to oppose the kind of repressive legislation M-103 is bound to become. Fortunately, the number of people objecting to it is growing. At the bottom of this blogpost I have listed some links to resources that you can use to oppose M-103. Freedom Defence Canada is opposed to anything that limits freedom of speech or promotes extremist Liberal Progressive views. It’s why were created.

This is an historic time in which we have an opportunity to resist oppression and defend our rights and freedoms. As Canadians and FDC members let’s not let this opportunity pass by. We should be contacting our M.P.s and other representatives and protesting M-103 in advance so that they know  we oppose it and will not allow our freedoms to be removed. Here’s how you can do so.

Information you may need to understand M-103 and explain it to others:

To understand the national struggle against M-103 go to the website for C3RF, an organization dedicated to the revoking of M-103.

And lastly, here is a sample letter you can send to your M.P. You may want to change some of the wording so that it will not appear to be a form letter.

I am very concerned about the Heritage Committee hearings with witnesses which have been held over the last few months regarding motion M-103. As a Canadian citizen, I am counting on you_________, to listen and act on my concerns. I am VERY worried that the Heritage Committee will recommend legislation to the Canadian parliament to criminalize free speech that might offend a particular group or religion. This would take away basic freedom of speech from all citizens.

As a member of parliament you must do what is right for Canada. We have seen similar laws enacted in Europe resulting in curtailed freedom to criticize terrorism in the UK, France and Germany. I don’t want that for Canada. Such laws will destroy our country.

I look forward to your reply to my concerns.

( Your name and postal code for authenticity- and your address)