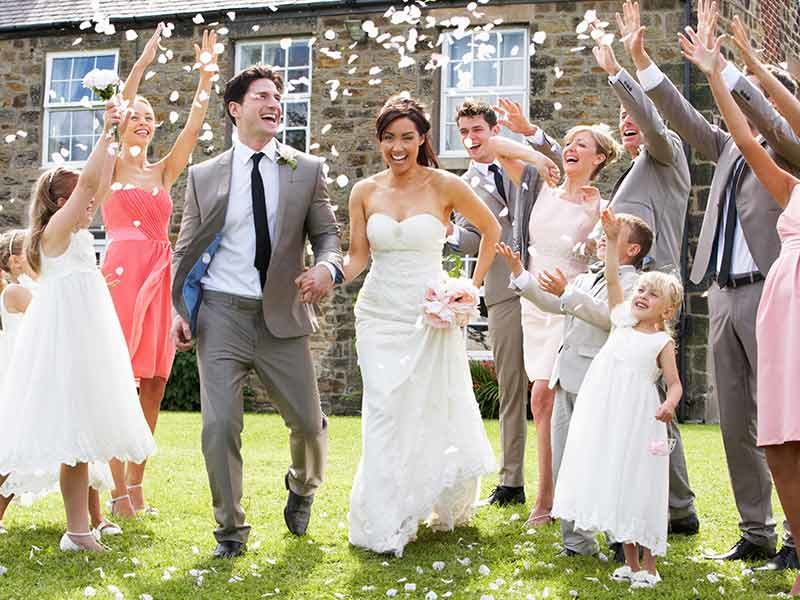 The Institutions I Love

The traditions of the Western world are based on time honoured institutions. There is an old joke that goes something like this: A man says “Marriage is a great institution.” His friend says “Yeah, but I never liked being in an institution.” I never felt that way. In fact, after being married for 28 years, I can honestly say that they have been the best years of my life.

When I describe my marriage to others I don’t exaggerate its qualities. I don’t need to. My wife is a good person and we have a great marriage. But, like many other boomers, I didn’t feel this way when I was younger. In fact, before I met my wife I lived with another woman for ten years. Nowadays people would have called her my “partner,” and therein lies an important point. What kind of partner are we talking about, business partner, living partner, partner of convenience, buddy, friend? It’s a meaningless term.

A wife or husband is different. The qualitative difference between my relationship with my wife and that I had with my former partner is immense. Why? Because behind my marriage there is a cultural institution and a formal commitment. My “relationship” did not have that. A couple of years ago I was talking to someone who had broken up with her common law spouse after being together for twenty years and having had two children. When I asked her how she felt about it, she shrugged and said, “Well, it’s not like I was married to him or anything.” After twenty years and two children! That’s how little she valued the relationship.

But maybe there’s another point here. Perhaps she understood that she had not entered into a truly solid relationship, a full commitment bound by a formal institutionalized contract. Her statement may have been shocking, but at least it showed that, on some level, she got it.

In the end the real difference was that she wasn’t married, and marriage is sacred.  Living together isn’t. For me, now a conservative, (thank goodness for that by the way) marriage is a thing of great value. I will never throw mine away on a whim, and the fact that marriage is an institution with all the commitment that implies is part of the reason I feel that way.

Other institutions are equally important. One of them is education. Ideally, it should be fair, rich in knowledge and accepting of different viewpoints. It should never be reduced to a vehicle for social engineering, indoctrination or political propaganda. And yet,that is what is happening. Students around the world, and in Canada too, are marching against free speech and the rights of the individual, because, since kindergarten they have been indoctrinated in far left ideology, an ideology that tells them the “collective” is more important than any individual’s rights.

The Value of Education.

The value of educational institutions has been taken from them and replaced by a strident and ugly ideological aberration. Unfailingly and unfairly liberal, it diminishes their rights and force feeds them viewpoints they might never have accepted on their own. Education is too important an institution for us to allow this to continue. Like marriage, it is sacred and  shouldn’t be re-defined according to the whims of a small, left leaning, self interested elite.

There are other examples as well. The fundamental building blocks of western society are based on  traditional institutions that have developed over the last two thousand years, but especially the last five hundred. We should never tamper with them. If one day we wake up to find ourselves without the benefits of the Magna Carta or our Judeo Christian values we will find ourselves no longer a free or worthwhile people.

Our entire civilization is inextricably linked to  these values. They are not only the boundaries and demarcation line of our society, but our insurance policy against  collapse. An inescapable part of that insurance policy is the value of the Judeo Christian outlook on life, but that’s a topic for a future blogpost.

The main point I am making here is that by not recognizing and honouring our time honoured  institutions we put our civilization at risk. They are essential to all that we are, and now is the time to support them because, believe me, there are many people who would like to see them dismantled. Count yourself amongst those who oppose these people, not those who support them.