Previous postWhat They Can't Take Away
In Defence of Sir John A.Next post 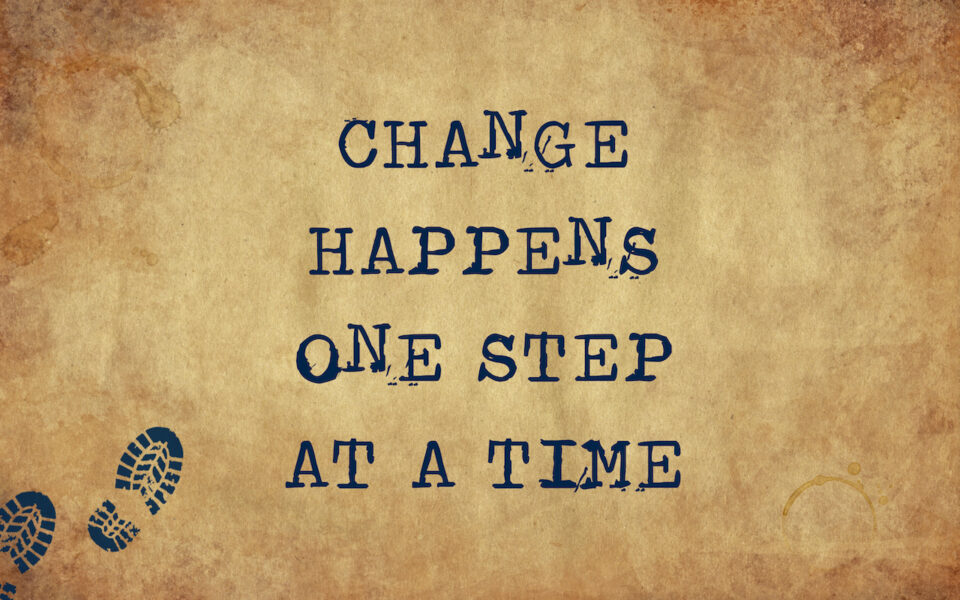 The Power of Gradualism

Things can gradually go bad. That’s what we’re seeing today. I wish I had a dime for every time I’ve heard the expression “I never thought I’d see the day.” Now “the day” is here. We are living in an insane world. Courageous and eloquent people have raged against it, and still do, but the insanity continues. If you are told that the six-foot five hairy man in front of you is a woman, and you have to agree in order to save your job and family, then you are living in an insane world.

An Inch at a Time

We’ve all heard the questions “How did we get here?” or “What the heck happened to the world I knew?” The answer is that it changed, an inch at a time. The term for this process is “gradualism” the slow introduction of unacceptable ideas until they become the norm. Ben Shapiro, the well known American author, describes it in his book “Prime Time Propaganda: The True Hollywood Story of How The Left Took Over Your T.V.” Starting in the late 1950s more radical liberal ideas were gradually presented to the public. An inch at a Time. By the time the sexual revolution arrived, and the 1970s “Me Generation” took over, liberalism had gained a lot of power. It kept gaining power and now here we are.

Gradualism, as it is being used today, is evil. However, we need to point out that it is not always so. The gradual introduction of the idea that slavery was wrong, spearheaded by William Wilberforce and others, resulted in the removal of the slave trade. Many gradualist trends, such as universal suffrage and the war against big tobacco, have had positive results. But today’s gradualism is being used to introduce evil and harmful practices.

Tearing Down the Good, Introducing the Bad

Gradualism’s use by the extreme left is doing irreparable damage. The idea that free speech may be bad, or that communism, despite its blood soaked history of totalitarian oppression, is good, are two examples. But there’s more. The suggestion that institutions like the family are outdated, or that there is no difference between men and women or indeed, that you can identify as whatever you like despite evidence to the contrary, have all been promoted through  gradualism. Good is being pushed into the background by evil, and gradualism is helping it do so.

An Endless Sea of Examples

We could fill encyclopedias with examples of the liberal progressive gradualist campaign. Here are a few : Christianity is intolerant and must be destroyed. “Whiteness” and white people must be disenfranchised and removed. Systemic Racism is everywhere; if you can’t find it then you are racist. Free speech must be crushed so that no one can be offended. Violence is acceptable if it advances leftist causes. Self defence by conservatives is not acceptable. Words are violence. All white historical figures must be re-evaluated and removed if there is the slightest offence to marginal groups. Minority figures, however inconsequential, must replace them. On, and on in an endless  stream of dangerous false ideas.

No retreat, no surrender

In his book “Live Not by Lies” Rod Dreher describes the ways we can resist false gradualism. The most important is never to admit that a lie is true. We must always stick to the truth. Men aren’t women, and women aren’t men. Communism is oppressive, not liberating. We can’t retreat from truth, and we should never surrender to lies. Dreher uses the examples of Eastern Block dissidents who had to live with endless lies every day. Occasionally they had to submit just to survive, but they never submitted inside. In the end, after years of resistance and the formation of underground groups of truth tellers, they won.

Carry On, No Matter What

It would be nice if we had never had to face all this, but that’s not the deal fate has given us. Many people like the phrase “Keep Calm and Carry On” the national slogan of the British during World War II. We recommend that, for our purposes, it be replaced by the phrase “Carry On, No Matter What” The situation is becoming so critical that we need nothing less.

Live Not By Lies : A Manual for Christian Dissidents     by Rod Dreher Copyright 2020 Random House USA

Prime Time Propaganda: The True Hollywood Story of How the Left Took Over Your TV.

Great article and well said. Re:The most important is never to admit that a lie is true.”
That is what we should do but requires courage on our part. You might be the only one saying so. You might have all the elders and pastors of a church against you, your neighbours may hate you, but a LIE is NEVER the truth. You might also be subjected to all kinds of name calling and threats from leftists, satanists, socialists, atheists etc. We must never the less not cave into this. If bullies get get results they will do more bullying.

Exactly right. It’s easy enough to read about times like these in history books, but quite a different story to live through them. You always imagine yourself acting in a sterling manner in difficult days and standing up for what is right without flinching. But when, as you say, everyone around you turns against you it is very different. However, we must never give in to evil, bullying or lies. That is just a fundamental truth of our existence. Good comment and thanks.

Think of how long it took William Wilberforce to persuade the British Parliament to end slavery in the British Empire. Against great odds,he persisted in what he believed to be true. Conditions in our world and more particularly our nation requires the same reaction to tyranny and leftists lies.

Woe to those who call evil good, and good evil; Who put darkness for light, and light for darkness; Who put bitter for sweet, and sweet for bitter! … Isaiah 5:20

Thank you Perry and others who commented.

“Carry On No Matter What”. I really like this quote and have stood by it during tough times before Covid.

We the people need to at least stand up and use our God given power to act against the great liars; Satan and his minions!

Inch by inch, everything is a cinch. How do you eat an elephant? One bite at at time. This was an inspiring article and so was the book Live Not By Lies : A Manual for Christian Dissidents     by Rod Dreher. We have always been encouraged to “speak the truth in love” in our churches. Could a part of the reason for the state of our nation be that we have placed an overemphasis on love? Mercy and truth were met in Jesus Christ. If there is no truth there is no need for mercy. Mercy, love, compassion can become excuses… Read more »

Another excellent article, Perry! I want to plug the book, “Live Not By Lies: A Manual for Christian Dissidents” as a superb resource to start with. Great insights drawn from the darkness of socialism in the 20th century and helpful ideas as to what we need to do to fight the “soft totalitarianism” we are living with today (and a totalitarianism that is growing in power and reach every passing day). There is nothing to be gained by giving in to this radicalized leftist agenda except the death of our culture and the death of your very soul. Now is… Read more »