Previous postFDC Spring Update. A Word From Our Chairman
What the Corona Virus is Teaching UsNext post 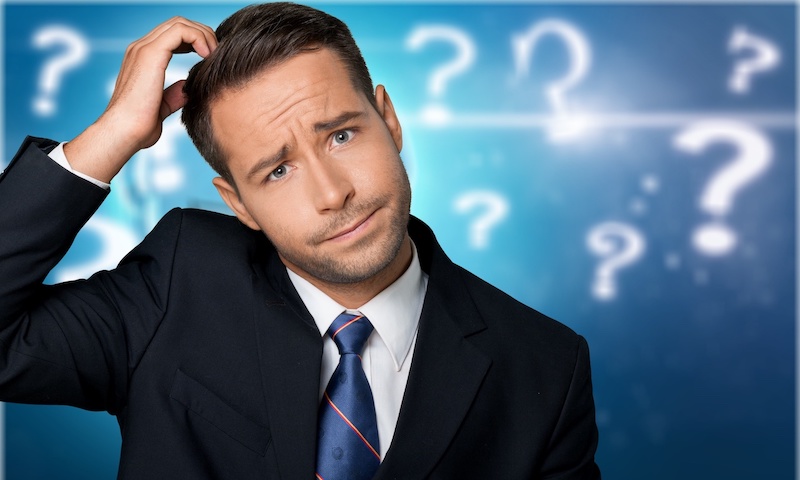 The War on Reality

We’ve reached a bizarre stage in our history. One might even say an evil one. Why? Because never before have we denied reality and opposed those who believe in it. Never, in the last five thousand years, since this experiment called “human civilization” began, have we been this crazy and bizarre. We are actually making war on reality.

A few years ago I had a conversation with an ex professor of mine. He reminded me, in that condescending way so many others had, that there were no “facts.” I didn’t have to struggle for a degree anymore, so I laughed out loud, held up my cup, and asked him “Is this a coffee cup or a chicken?” He was enraged, emphatically stated that my question was out of line, and that I knew what he meant. But it wasn’t out of line, and I was right. There are facts, and they are undeniable. Simple as that. In the twisted world of liberal progressivism, however, they don’t matter.

Can Men Get Pregnant? Can Boys Menstruate?

The far left is trying to ban reality. I’m not kidding. They really are. Why they want to do so is mystifying, but it’s happening. One of their latest claims is that men can become pregnant. What they really mean is that so called “trans men,” women identifying as men while keeping their female reproductive organs, can get pregnant. But that’s not what they say. They are actually saying that these “men” can become pregnant. If you don’t agree you’re a “transphobe,” another meaningless term used to discredit those of us with a grip on reality. Another claim is that boys can menstruate. What they mean, of course, is that trans boys (girls who think they are boys) can still have periods and are therefore “boys”… with periods. Unbelievable.

No Borders, No Limits

It’s nonsense of course. Men can’t have babies and boys can’t menstruate. Those are the facts.  But for many people in our society those ridiculous claims are true. Unfortunately, the influence of this part of our society is spreading, and their tentacles are everywhere: in government, education, universities and the media. Hollywood, for example, has been pushing these ideas for decades. The war on reality has been going on for a long time now, and it is more important more than ever to defend the idea that there are reality based limits. Maintaining our grip on reality is essential. If we don’t we could slip into a world so disjointed and out of touch that countless millions will be harmed and our society will tear itself apart. We can’t afford that. We must, we simply must, win the war for reality. We cannot afford a world without it.

The war on reality runs deep, and at times there seems to be no end to it. We have “interkin,” the belief that you can be a cat or a dog. We have “Post Human Studies” an academic field that says we are now beyond being human. We have the assertion at Yale that ovaries have nothing to do with reproduction. (Yale, and our universities are another topic). On a political level, we have the idea that there are no borders. On a historic level we have endless lies, so many that hundreds of volumes couldn’t contain them. One of them, for example, is the claim that Europeans had no special role in the foundation of Canada and that current Euro Canadians ought to be called “settlers,” even if their families have been here for centuries, to distinguish them from indigenous people who are the true inhabitants of our nation. There’s no end to the falsehoods being fabricated. We even have a new claim that America was founded in 1619, not 1776. 1619, you see, was the first recorded date of slavery in the British colonies, and since America is a racist, slavery loving nation that should be its starting point. And this was from the New York Times!

A Long Hard Fight Ahead

We might as well not kid ourselves. Restoring reality is going to be difficult and it will be a long hard fight. We’re going to need a lot of heroes. The “unrealers” have gained a foothold in our culture and have influenced our youth. But there are more than a few signs that a backlash has begun, and that we are gaining ground. Considering what’s at stake, we can’t afford to back down. We’re talking reality here folks. So let’s keep fighting, confident in the end that we, and reality, will win because eventually we will.

As usual a great article and it is FACT and REALITY based. When we deny biological reality for what we identify as we are like the naked Empower admiring his new clothe. One can insist that Stop means Go and but at the next intersection we may be brought back into reality by a crash. Denying reality will result in terrible consequences as you point out. I believe many people are under a STRONG DELUSION. Critical thinking has been abandoned.

Not sure HOW I got ‘Empower’ when what I thought I entered was ‘Emperor’?

We all make mistakes. I figured it out.

And that is incredibly dangerous. This sort of thing is what the Red Guard did in China during the Cultural Revolution and what Hitler did during the Nazi Regime. It’s remarkable how people can self condition in times like these and belief the impossible just to give themselves a sense of identification with the society at large. It’s frightening.

A very timely article Perry. I have come to realize that normally, bright, intelligent people have either lost their minds and are no longer using logic and rational and critical thinking, such as your professor, or something has happened to them. They have made an exchange and traded truth for a lie. I am not sure if this a willing exchange or they have been influenced by the god of this world. It is hard to not get “preachy,” but so much of what we are seeing, is not from some scholarly peer reviewed approach to science. The source of… Read more »

It’s interesting to note why and how they have made the exchange of truth for a lie. It’s not without historical precedent though. They would rather have their fictional world because it makes them feel good at the expense of reality and a real future. Thomas Sowell, a famous conservative intellectual, described the failure of America as trading what worked for what was “nice.” That’s a brilliant analysis. They (meaning the masses) have opted for the virtual because it’s easier and falsely gratifying. Cowardice on the part of public officials re-enforces this. Like the 2 minute hate in 1984 and… Read more »

Regarding “Why and how they have made the exchange of truth for a lie”: Probably when they bought into Post Modernism with it’s rejection of objective truth, reason, logic and history. Post Modernists believe you have your truth and so does everyone else. They do NOT accept the law of contradiction/noncontradiction. Two mutually exclusive beliefs can both be true. They base their beliefs on their feelings, emotions, perceptions and intuitions. Those very greatly for each person so they must have specific ‘sins’ that everyone must be against … homophobia, transphobia, Islamophobia, etc. and so these become their utopian doctrines that… Read more »

Well said. As always, thanks for your insightful commentary Hal.

I think you are right on point Hal.

The bizarre nature of what is happening in our world today reminds me of the philosophical works of Michel Foucault who thought, among other things, that scientific knowledge was a means of social control and should be challenged. Also, Deleuze and Guattari, (whom some considered sociopaths disguised as philosophers), devised the “rhizomatic theory” which advocates for the destruction of hierarchies and categorizations to be replaced by the embrace of “fluidity”. No start or end, just a continuous middle-seeking. This is just a sampling from the critical theory being taught at the university level. No wonder so many people seem so… Read more »

A wonderfully erudite and eloquent comment Diane. This is indeed how the whole flight from reality began. We are paying for the ideological excesses of the continental philosophers of the last century. For a good expose on this I recommend the Youtube video on “Triggernometry” by David Starkey entitled “Where Woke Culture Came From.” Very enlightening.