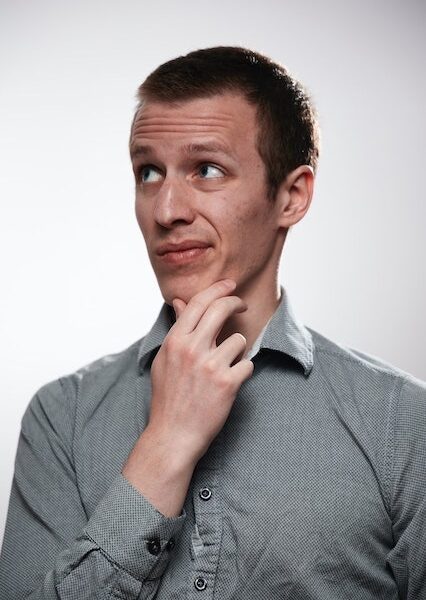 What Can I Do?

I watch a lot of conservative media and listen to a lot of conservative talk radio. One can hardly blame me. In a society that seems to be going off the rails a person needs relief from the madness. A lot of what we are exposed to on the progressive left isn’t balanced, sane or normal. Can I use that old term “normal?” Thanks to postmodernism, moral relativism and progressive propaganda, the world “normal” has taken on a kind of negative tone, as if stable talk or a lifestyle connected to reality is somehow wrong. Anyway, the most common question people ask of talk show hosts and conservative media icons seems to be “What Can I Do?”

A Sense of Urgency

People have a sense of urgency about this. Perhaps it’s because they are catching on. If you are told by your local school board that you have no say in how your kids are being educated, and that you had better shut up while your children are being indoctrinated in “woke” ideology and Critical Race Theory, it can motivate you. If you watch as your children go to university where they are indoctrinated in radical leftist ideology and are told that Math is racist, or that they are part of the “patriarchy” that is, if your son goes to university at all, (70% of university students are female, males don’t seem to go anymore), then it can motivate you. If you are told that you are guilty because of your race, and that somehow you are soiled or evil because you are not a victimized minority, then it can motivate you.

So let’s go back to the original question. “What Can I Do?” A lot, actually. The first step is to reject your own pessimism and passivity. Look, we have to admit it. Conservatives can be that way. While the left doesn’t have problems organizing, supporting each other, voting strategically (which is just another way of voting dishonestly) marching, protesting, and using any and all means to achieve their ends, conservatives tend to lie back and hope the system changes. We are law abiding, and we want the system to work. We hope that somehow people will come to their senses and change their minds. We believe in the system, right? But to uphold the system we have to be active. Here are some suggestions.

Let Your Voice Ring Out

Don’t be silent. Speak up. I can hear you saying, “I’m not that kind of person.” “What effect could I have?” “ I’m just one person.” “I can’t write well.” “Who would want to listen to me anyway?” and so on. I’ve heard all the reasons people give for not speaking up, and I have said the same things, but take my word for it, they aren’t true. Here’s a personal example: About six years ago I began to write letters to my local newspaper in the “Opinion” section. After the first few letters people contacted me and thanked me for writing, calling my home in gratitude. They even came up to me on the street and thanked me. They commented on my letters and supported me, and I became a voice for conservatism in my area. It has grown since then.

You Don’t Have to Be Famous

How big is it? I’m not sure…who knows… maybe in the hundreds, perhaps in the low thousands. Not earth shaking. The main point is that it’s there, and people are responding. I’m not deluding myself into thinking that I am that vastly influential, but it would also be wrong for me to say that I have had no effect at all. At the minimum I’ve changed the political and social voice in my area. So write to your local paper. They will print it online, and maybe even in the actual paper, and you will have gotten your views out there. You don’t have to be a literary genius. Believe me, some of the letters printed in my local paper aren’t masterpieces. Newspapers are looking for opinions. Give them yours.

Get in the Game

You can’t win the fight if you’re not in the game. So declare yourself a conservative, not centrist or left leaning, but conservative, and don’t look back. After that, get active. Join an organization like ours, Freedom Defence Canada (and we do encourage you to join us. Our website is www.freedomdefence.ca ). Take part in its activities and support its initiatives. If there are petitions, sign them and share them with your friends. Find the political party that you think best reflects your conservative viewpoint and help them. I did not get actively involved in politics until 2015 when I was 60 years old, and I have not looked back. It has made all the difference in the struggle I have dedicated myself to and the cause I believe in.

There are a lot of great resources out there, books, videos, online platforms and so on. They will educate and inform you ( a list is provided below) Best of all, they will arm you with facts that you need, and are written by heroes of the free speech/ common sense/ conservative  movement. But, if you are not into reading books or lengthy articles, you can go to the internet, (remembering, of course, that not everything there is reliable) and read shorter versions of longer works. Either way, get informed and educate yourself. Learn what it means to be a conservative and how to counter the arguments of those who disagree with you. And lastly, dialogue with people on both sides. It is only in this way that you, and those who think like you, can make an impact. Above all stay strong and keep fighting.

The Silencing: How the Left is Killing Free Speech     by Kirsten Powers Regnery Books

Right Here, Right Now: Politics and Leadership In the Age of Disruption

Thanks so much for the encouragement! It is very true that we have a tendency as conservatives to sit back and trust, (and hope!) that our system of justice and truth will work to the point that the insanity being promoted by the left will be clearly seen for what it is and that it will be tossed into the dustbin of history which it so richly deserves! But history teaches us that Truth is most often found on the battlefield, slugging it out with other worldviews and the ideologies of man. So to think we can get away with… Read more »

As usual great points are being made by Perry. 👍 Perry is a gifted writer. There are two more things we can do. We who claim to be Evangelicals can start telling people the Bad News and Good News. http://haladam.name/How.php . When people are truly ‘born again’ their World View is conformed to God’s word, the Bible. Nearly always this results in conservative values being adopted. We can also pray for our country and it’s leaders. We also need to repent from any apathy we have. As someone who is older than Perry, I am not as good on my… Read more »