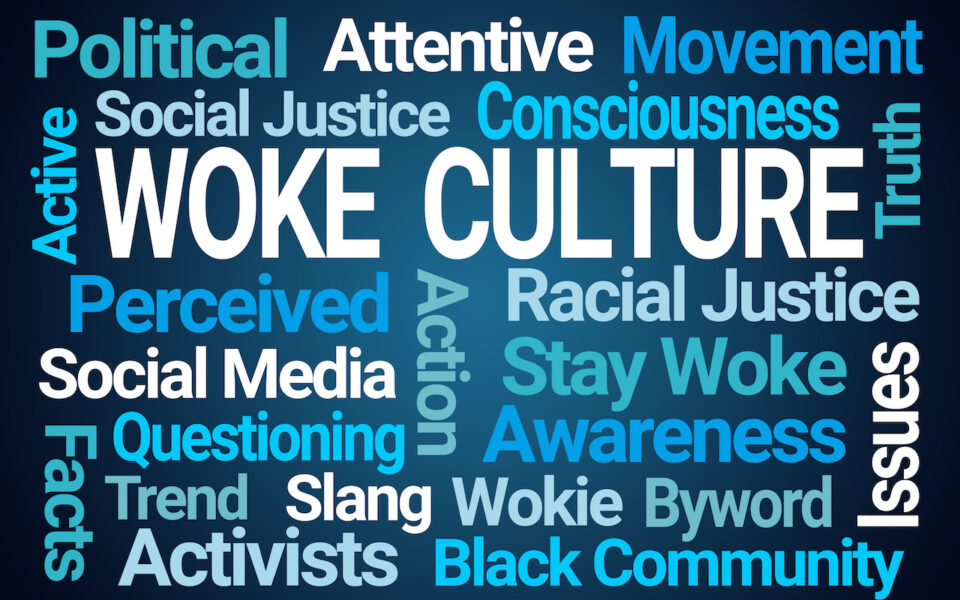 What is Woke Culture?

First there was political correctness. Now there’s “woke” culture. For the last 20 or 30 years these two influences have damaged and weakened the foundations of western culture and removed our freedoms. The most common statement I hear regarding “wokeness” is “I can’t believe this exists. What’s going on?” People are stunned by the speed and efficiency with which our Judeo Christian culture has been attacked and it values inverted. They are shocked and terrified to find themselves moral and cultural refugees in a world where decent values have been reversed and repugnant practices have become the norm. How did this happen?

Francis Bacon once wrote that “Knowledge is Power.” He was right. If you do not know your opponent you cannot defeat him. Conservatives and social conservatives have all too often refused to examine the beliefs of their opponents to find out why they believe what they believe. But if we don’t do so we will always be at their mercy and they will always have the upper hand. We can’t defeat extremist liberal progressivism and “woke” culture if we don’t understand it.

“Woke” culture is a subset of the social justice movement arising out of black America. You are “woke,” or “awake” if you believe in a certain set of beliefs agreeable to extreme liberal progressive politicians and pundits. If you don’t you are considered an enemy and part of an evil and benighted ‘racist’ conservative, traditional world view. Woke culture presents itself as compassionate, the defender of all that is right and good in the world, but it is the exact opposite.

In fact, “Woke” culture is deeply intolerant and authoritarian as well as being  transparently globalist and Marxist. There is no room for dissent or free speech in the world of “woke” culture. Either you are a believer or you are out, and one day they may get you. The irony of the “woke” movement is that while they espouse a tolerant and open minded world view they are creating a quasi fascist intolerant global dictatorship, the exact opposite of what they claim to be doing.

Believe or Be Crushed

Like so many other totalitarian ideas “wokeness” brooks no disagreement. There are things you must believe in. If you don’t believe in them, as countless thousands have discovered, you can be “cancelled” maybe even lose your job, family, friends and future. What are the bedrock beliefs of “wokeness?” Well, first, you must unconditionally support a hyper liberal prospective.  No discussion, no argument. Second, you must accept that North American society is ‘systemically racist’ and has to be overturned. Again, no discussion, no argument. You must believe in ‘white privilege’ and all that it means (Whatever it means. It’s not entirely clear at times). You must believe that “love is love” no matter how that is defined. You believe in globalism, despise patriotism, hate the western world and detest western culture. If you are western and white you hate your skin, history and traditional beliefs, or as famed actress Rosanna Arquette expressed it “I’m sorry I was born white and privileged. It disgusts me. And I feel so much shame.”

If you are “woke” you believe in open borders because the history of the western world is so shamefully colonialist that we don’t deserve to have sensible, well regulated borders or laws. You believe in situational ethics and relativistic morality. You hate Christianity, but love Islam, although you don’t know much about either religion. You have a secret love of communism and Marxist ideology, and though you may not say so outright, you intend to support and promote it. If you don’t support these ideas you aren’t woke. For those who are woke, western culture is the “Great Satan.”

Since “Woke” culture despises the West and our traditional Judeo Christian past, it pretty much goes without saying that they admire and promote globalism. For the truly dedicated believer in “woke culture” the modern world, since it was established by the West, is evil. A healthy love for your nation and its history, proper patriotism, liking distinctive aspects of western culture and wanting firm borders enforced to preserve all of this, is “colonialist” “white supremacist” and worthy of a thousand other derogatory terms. According to the “woke” the world must embrace a new globalist perspective and power structure and reject everything the West has to offer. It remains to be seen who will be in charge of this potential new order.

Woke Must Be Rejected

If we have any hope of preserving the best of our world and maintaining historical truth, not to mention preserving western civilization, we have to reject “woke” culture. As I stated earlier, it’s not what it seems. It’s totalitarian and monolithic and isn’t interested in the truth. There’s only one truth as far as they are concerned: Their truth. If you don’t believe in it they’ll force you to. We can’t afford that.

Thank you so much for another excellent article, Perry! I so appreciate your clear and straightforward explanation of “woke” culture and ideology. I think that one of the problems we have as Christians and perhaps as social conservatives is that, to put it in the words of the late Christian philosopher and theologian, Francis Schaeffer, “we have tended to see things in bits and pieces”, failing to see the total picture. The monolithic nature of “woke” ideology makes it a formidable enemy and the sooner we realize this the sooner we can combat it with the robust and muscular Christian… Read more »