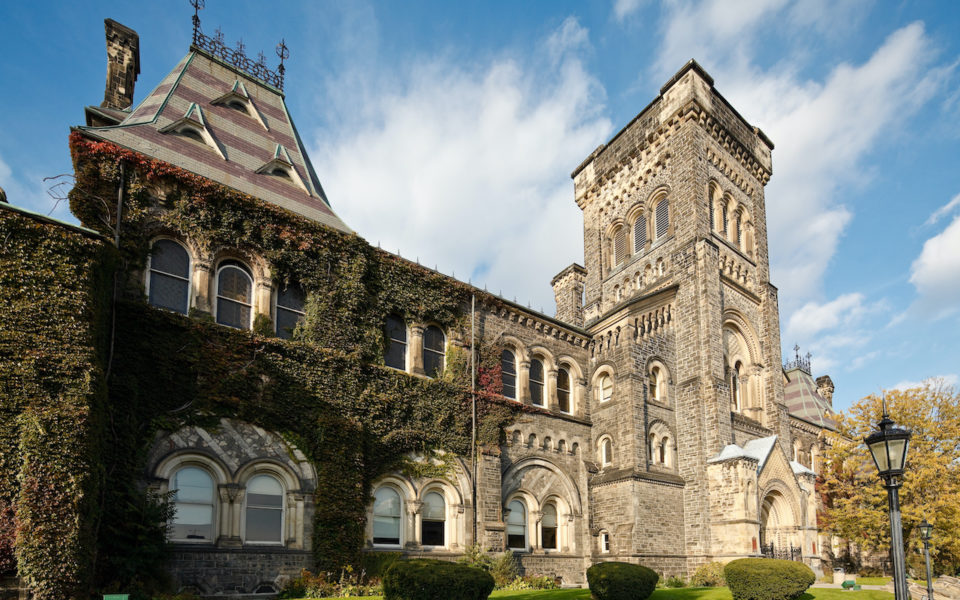 Don’t get me wrong. I love “Murdoch Mysteries.” Set in early twentieth century Toronto, the series is a nostalgic look at a great time in Canadian history. It might even qualify as “Canadiana” so it isn’t easy for me to condemn it. But, as one historical figure so accurately put it, “These are the times that try men’s souls.” We have to be honest. Murdoch Mysteries lies.

We do our best when we look back. We see the past as “through a glass darkly,” and we can never truly know what it was like to live then. Someone once said “The past is a foreign land. They do things differently there,” and that’s true. But when we know about the past, we shouldn’t lie about it. It’s wrong to force our beliefs and values on an earlier time, and this is what “Murdoch Mysteries” is doing. They’re lying so that they can spread liberal progressive ideology and influence people. They’re not the only ones doing so, but it hurts a lot more when it’s a series you love.

One of Murdoch Mystery’s main characters is Julia Ogden. She’s a female physician and coroner. In the series she takes some time off and another female coroner named Emily Grace takes over for her. Their assistants are female African Canadian medical students, one of whom eventually succeeds them both. After being the girlfriend of George Crabtree, one of the series main characters, Dr. Grace comes out as a lesbian, declares her orientation and leaves Canada for London where she originally intended to move with her suffragette lover. Everyone is fine with this. They accept it in an easygoing way, calling Grace a “sapphist” The only problem, of course, is that it’s nonsense.

There was no easy going acceptance of homosexuality in 1900s Toronto. It was reviled. In fact it was a criminal offence. People considered it a mental disorder. What we feel about it today is irrelevant. In that time, homosexuality was NOT accepted. Murdoch Mysteries is lying. What’s more, women doctors were virtually unknown in 19th and early 20thcentury Canada. There were two or three of note, they could not be certified in Canada, and had to get their training overseas. One worked in a remote arctic location. A woman doctor, let alone one who was a Toronto coroner, would have been impossible. Julian Ogden wouldn’t have existed. Emily Grace, an openly gay doctor, who becames a coroner for the city of Toronto would have been equally impossible. Her “coming out,” to the enthusiastic approval of her colleagues, would have been unimaginable. Even less likely, given the times, would be two black women coroners succeeding them in turn. And yet here we are. Again, Murdoch Mysteries lies. But Why?

The answer is they want to influence you. They want you to believe in a world that never existed. The series might be under the influence of C.B.C. executives, very likely radical liberal progressives. The C.B.C. has changed a lot over the last few decades! Or the writers might have an orientation or viewpoint they want to push. It’s not hard to imagine what that might be. Or it might just be part of the general left wing progressive “push” we are currently going through. Either way, it’s dishonest and manipulative. Canadians deserve a realistic portrayal of their country’s history, not this. The executives, writers and liberals have no right to push it on us. People actually believe shows like Murdoch Mysteries! Children are among them, and we need to protect them from lies. A distorted history of Canada, isn’t our story, and we deserve better.

Fairness, Merit and Equality, but Above All the Truth

I hope you haven’t gotten the wrong impression. Lying in the service of left wing liberal progressivism is what I hate, not minority groups or women. Regardless of their race or gender we should hire people because they meet the necessary qualifications. They should get the job because they deserve it. And, above all, we shouldn’t lie about History. But that wasn’t what happened in late nineteenth century and early twentieth century Canada. Pretending it was so, to advance your political and social agenda is despicable and one of the worst forms of lying out there. We have a duty to resist and refute it, even if that means no longer watching Murdoch Mysteries and letting the C.B.C. know why. This distortion of the truth is spreading. Apparently even Anne of Green Gables is not immune. It too is getting a politically correct overhaul in which easygoing acceptance of lesbianism is being deceptively woven into the story line. I wonder what Lucy Maude Montgomery would think of her beloved character’s new perspective. I know what I think.

We can learn from History that in order to conqueror and vanquish an existing culture, you must destroy all vestiges of the old and superimpose the new order. Little by little, like creeping vine that strangles, we are losing the freedoms our previous generations fought to defend. To manipulate a seemingly innocent show like ‘Murdoch Mysteries’ and distort the values people held in the past is truly alarming. Destroying vestiges of the past gives the illusion of ‘this is how it always was, so it must be right and true’. I trust Canadians reject and oppose such obvious deception. On… Read more »

Well said Elisabeth! What you have said about the C.B.C. is even more relevant when we consider the travesty of their treatment of “old stock” Canadians! Go to our facebook page. There is a post there about group resisting the C.B.C.’s brainwashing ideology.

Thanks for pointing this out. I have just had a glimpse of this program a few times. I have too many other things to watch. Yes, our MSM, Hollywood, the public education system and most of our governments have been brain washing us for at least the last 50 years. So it is good for you to point this out to those who do not have the gift of discernment. The virtue signalling of the left is abhorrent when they try to make out that past figures and cultures should now live up to their own politically correct immorality or… Read more »

We are tired at the end of the day after all the work is done so we switch on the TV. As we get lost in the story-line I don’t think that most of us even notice we are being manipulated by many programs on left-wing media. While being entertained on a conscious level, subconsciously we are being socially reconstructed. Its insidious! I think you’ve hit the nail on the head. Thanks.

What a great description of what most of us do at the end of the day! But can we afford to have this kind of apathetic acceptance of psychological, political and social manipulation? I don’t think so….Time to awaken folks, before everything is taken from you.

I keep coming back to George Orwell’s “1984” because it has become horrifyingly prophetic in our time! I remember reading it in the late 70’s and thinking how ridiculous it was, certainly when applied to our own Canadian cultural situation. I could imagine it for the “evil empire” (Soviet Union) back then, but even for them it seemed to be a stretch. But here we are, actually living the nightmare! It is most helpful when we realize that almost everything we are being offered today as ‘entertainment’ is agenda driven and a vehicle for the philosophy of the day; liberal,… Read more »

Irene and I enjoyed watching the program “Midwife”. The historical context is the the east side of London ,near the docks in the fifties. We abruptly stopped watching it last season when LGBT values were being sown into the script. It destroyed the credibility of the program.
Ken Oakes

You made the right decision. The push for LGBTQ values is pure political propaganda, similar to the type used by the Soviets and Chinese communists in days gone by. It is just as odious and distasteful and just as wrong. Make sure you do not support anything that pushes this propaganda on you in the future.

Perry, just got over the worst flu I have ever had, so apologize for low energy and lack of timely response to this post. The leftist progressive’s success in rewriting history so they have a relatively blank page upon which they can write their values, is certainly due in part to our lethargy as a society. We live our lives in the shelter of our comforts and think someone else with more time, more smarts, more energy will do something about the lies and the subtle manipulation of the truth. There is no someone else. The entire LGBT (not going… Read more »

Great article. I stopped watching ‘Murdoch Mysteries’ because I cannot stand its distortion of Canada’s past. British television companies are far more honest in their portrayal of Victorian and later England in shows like Sherlock Holmes, Poirot, Raffles, etc. I cannot understand why CBC does not follow their example. One reason could be that CBC is part of the Canadian government and ‘Murdoch Mysteries’ is intended to give non-Canadians the impression that Canada in the early 20th century was as ‘progressive’ as it is today and far more liberal than other Western countries of that time. But I do not… Read more »

I agree entirely. And Murdoch Mysteries is getting worse, kowtowing to the extremist “woke culture” and presenting a false version of Canadian history. It’s infuriating. The C.B.C. has become part of the propaganda arm of the Liberal Party and extremist progressive liberalism. Distorting history in the way they do to promote progressivism, however, is unforgivable and a lie. Thanks for your comment.

I used to love this show but it’s really changed and it’s a shame it’s pushing a liberal agenda and not staying true to history. I love this show but I’m not sure if I can watch it anymore. It used to be a fun show about solving murders but it’s become so political I just can’t stand it anymore so I might not watch. It’s really sad what’s happening…

Agreed. I feel the same way. It’s the influence of extremist liberal progressivism and the lying about history that is most infuriating.

we did like Murdoch Murders a great deal. but it has become so politically correct, that it’s no longer fun. e.g., every time a “colored” person (or any person who has an “off” lifestyle) shows up, you know he/she has to be innocent. Also Julia has become so self-righteous, she is insufferable. These take away a lot of fun !

Exactly Pam. And as I said to Sundar, it’s nonsense and it’s getting worse. People actually believe this stuff! Julia is an insufferable character and you would think Toronto in 1911 was 50% coloured and happily accepting of homosexuality. It wasn’t and they weren’t. The series has become a P.C. “woke” lie and there is no way we can condone this kind of lying. I miss the first few years of the series, but ever since Dr. Grace miraculously became a lesbian, it has barely been watchable. Now detective Watts is gay…not too hard to see the propaganda intent of… Read more »

This was full of spoilers. But I spotted the total inaccuracy/propaganda in the first season. After reading the spoilers, I’m going back to watch Bonanza…(Ponderosa) Season 4 of Murdoch is filled with feminist script lines and pushes blatant negative views of patriarchal society. Since Murdoch is supposed to be Catholic, his behavior on the show is completely illogical, and apostate. S1E5 @ the end, when addressing two homosexual men who have died… Murdoch says while in confession: “I imagine a world that is more compassionate, and enlightened.” The priest responds: “Someday it may be. Perhaps not in our lifetimes.” Woah?… Read more »