Previous postBill C-16. Waking up to a New World.
You are the Counter CultureNext post 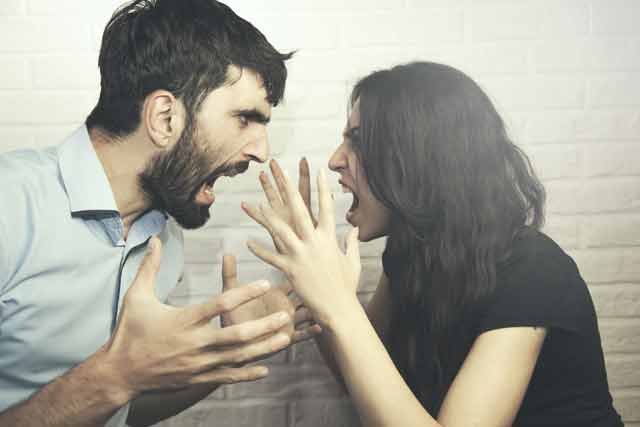 My apologies to Frank Capra, the famous Hollywood director, for appropriating the name of his World War II epic “Why We Fight.” It was brilliant, and explained, in great detail, why the Allies had to fight and defeat Nazi Germany. I wouldn’t have used it except that it perfectly identifies what we are up against, and why we, like the World War II generation, must commit ourselves to victory just as they did.

There is an evil afoot. Like all evils it is dishonest and covert, living in the dark corners of the legal and moral realms, and it is intent on destroying all that we love and hold dear. As Conservatives our values are sustained by what is, and by what has been. We value the real world, and refuse to slip into ideological delusion. That is what is. We value what has been because we will not abandon the proven principles and beliefs of the past, the “experience curve” of our ancestors. That is what has been.

But the evil we face cares about none of this. In fact, the amoral monstrosity we are pitted against labours ceaselessly to destroy truth and bring down all that is good. Why would it want to do so? There is no explaining evil and its intent. In the end we must abandon any attempt to do so. Our efforts are better directed to fighting the evil we know, and doing all we can to bring its efforts to an end.

The “Appeasers” are Back

Prior to World War II there were those who made excuses for Naziism. They either attempted to justify it, sometimes motivated by secret anti Semitism, or tried to convince others that resistance to it was futile. History has given them the well deserved and odious name of “appeasers.” And today we can see that they are back. Now, however, they work more cleverly, supporting the delusions of liberal progressivism by denying reality, working to marginalize or destroy traditional conservative views, and creating legislation to destroy free speech and push the social and moral envelope to justify immoral and unhealthy practices.

They are appeasers because they “appease” the darkness, just as those sympathetic to the Nazis did in Europe during World War II. Our struggle, however, is different. There are no uniforms, jackboots or insignias. Our enemy could be a newscaster, teacher, professor or politician.They could be our neighbour or associate. They could be almost anyone, because the war we fight, unlike Capra’s, is a covert one, a war of association and ideas.

The Light and the Dark

The new evil we fight is moral relativism and far left progressivism. It might seem that these are less dangerous than fascism, but don’t be fooled. In Capra’s film he used light to signify the free democracies and darkness to show the fascist nations. Too simple? Not at all. The progressive left wants to darken your views, to blur the distinction between right and wrong, and moral and immoral. It lives by deceiving you, by convincing you that your beliefs never held legitimacy; that your national history and identity never existed. Their aim is to impose their ideology on you, but they can’t do that unless they first destroy your perspective and your conviction about the truth.

I recently saw an interview on Global T.V., a popular Canadian network, in which a commentator interviewed a female “relationship expert ” who claimed that “open relationships” could be as satisfying, or better, than traditional marriages. When the commentator questioned her argument, pointing out that such relationships involved dishonesty and cheating, she laughed out loud, saying that there were plenty of miserable and unsuccessful marriages. The interviewer demurred. Score one for evil.

So Why Do we Fight?

So why do we fight? We fight for civilization, just as our World War II predecessors did. We fight so that evil may not prevail, and that truth may not be crushed under a mountain of distortions and lies. We fight the noblest fight of all, the fight for freedom and belief in a world rapidly besieged by ideological tyranny, deceit and evil. We are just like our World War II predecessors, except that we do not wear uniforms. But like them, we do not lack for opportunities to display our courage. It is the same fight, and the same cause, and I am as proud as my father was to fight for it.

All good points with the exception of this: “There is no explaining evil and its intent. In the end we must abandon any attempt to do so.” There is no explaining evil IF we reject our manual given to us by our Creator. Once ANY created being is given free will the possibility of evil (the choice to rebel) occurs and that IS what happened to some angels and eventually Adam and Eve when they rebelled against their Creator. So we must NO abandon any attempt to explain evil. We must check out whether there is any evidence for this… Read more »

Thank you for your feedback Hal. I agree that we must never forget the source of evil, or stop trying to identify it, and, as you said, we should place evil under the microscope of rational examination and evidential scrutiny. I don’t disagree with you there. Please look below for a good explanation from Reed Elley and myself as to the essential spirit and intent of the blog. Again, thanks. Your comments are much appreciated.

There is a theological reason for evil but I think what Perry is getting at here is that when we look at the evil in the world it does not appear to be logical and is hard to explain. Evil’s intent is to destroy the soul and along with it the body. Who in their right mind would want that? What Evil does not understand is that it cannot destroy the soul no matter how hard it attacks. You can kill the body but you cannot kill an idea originating as it does from the spirit of mankind. So our… Read more »

Thank you for clarifying that Reed.That is indeed the point I was trying to make. You are correct of course. The war we fight is an ideological one, a war of ideas and a struggle to return balance and sanity to the world around us. As you said, it is our calling to do so. In one sense we did not pick this fight, it picked us. Whenever great injustice rears its head the people of integrity are honour bound to fight back and commit themselves to victory.