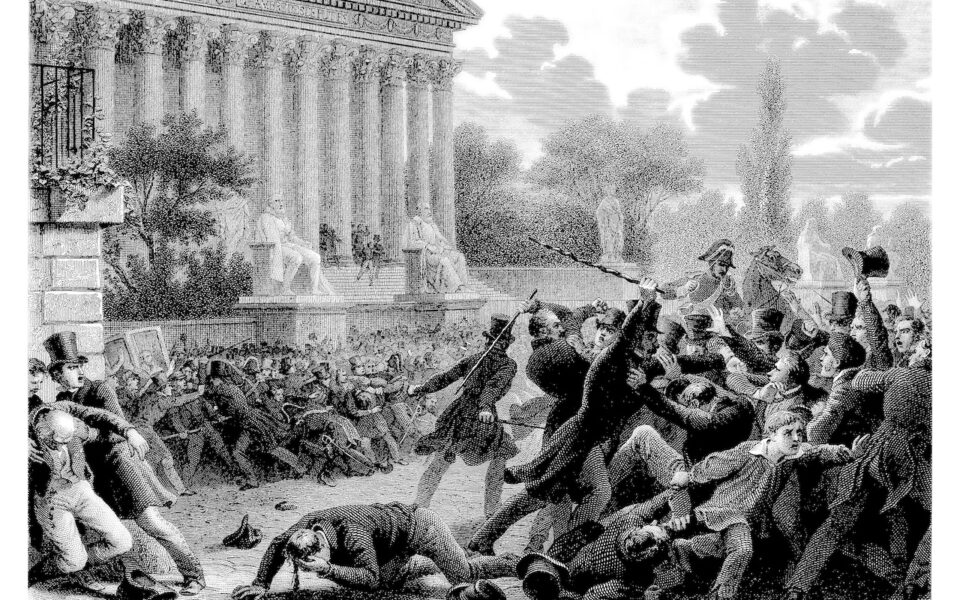 Why We Must Stop the Coup

There comes a point in everyone’s life when you have to admit that things have gone wrong. As individuals we need to do it to get ourselves back on track if we’ve gone astray, or if we’ve developed habits that threaten to destroy us. The same is true for nations and civilizations. If we don’t admit we have a problem we can’t solve it. In the western world we have to admit that there is a coup happening and that we need to defeat it.

No Tanks and Gunfire, but…

No. Tanks aren’t rolling down the streets of Toronto. Martial law hasn’t been declared. There aren’t snipers in deserted buildings, but a coup is still happening. If you’ve been paying attention you know what I mean. The coup is cultural and political. It’s real and it’s dangerous. A far left extremist minority are making a bid for power. They’ve launched a coup. The tanks they’re using are ideological. The air power they are employing is legal and the ground troops are fanatical “believers.”

Think for a Moment

Think about the old Canada. Remember it? Remember how reasonable it was? Remember how stable? Do you remember the freedom of expression we had? The groundwork for the coup was set up by restricting that freedom. Like recon patrols going into enemy territory, politically correct social justice warriors started attacking our freedoms and passing laws to limit our free speech. At first it was social pressure telling us not to say this or that. Then the bombardment began in earnest. It came from the universities, entertainment industry and the media, all of whom pushed SJW ideology into our lives. And then, the next step…

The coup wasn’t happening fast enough so they used “lawfare.” Lawfare is a tactic used to crush freedom through legal action. It happened all over North America and Europe. In Canada it started slowly, then exploded after the election of Justin Trudeau. On Dec. 5, 2020  the Liberals launched motion M-103, designed to stifle criticism of Islam. But criticizing something is a basic right in democracies. By the way, there is no shortage of criticism of Christianity. But for those leading the coup democracy didn’t matter. Fortunately, they couldn’t define “Islamophobia,” so the motion didn’t become law. Then came Bill C-16, an act designed to crush opposition to social issues and conventions the government and the progressive left agreed with. Fines and jail terms were created for those who violated the Bill. Dissent had become an offense punishable by new laws. People’s real opinions often had to be carefully hidden or expressed privately. Public expression of them became too risky.

The Coup Rolled On

Because resistance was minimal, the coup leaders rolled on. Justin Trudeau declared Canada a new nation, the world’s first “post national” state, and said  that anyone who didn’t agree with his politically correct world views was hateful. He accused Canadians of being racist, homophobic, Islamophobic and xenophobic. The coup leaders went to work and the epithets came strong and fast. We weren’t good enough for them. We had to admit that we were “racists” and “colonizers” and “settlers” even if our ancestors had come to Canada centuries ago, as mine had. We had to repudiate our national heroes and accuse them of being genocidal racists whose statues had to come down. They came off our money. We had to admit that we had “white privilege.” The coup gathered strength as it went along. Then came the ground troops.

No coup is complete without ground troops. In this case they are the passionately misinformed “true believers” educated and conditioned in extremist liberal progressive ideology, often from childhood. Like all zealots, they will do anything to make the coup a success: tear down statues, destroy public property, burn businesses, attack those they disagree with, even injure or kill the odd person who opposes them, or is in the wrong place at the wrong time. For the true believer, the end justifies the means and for the coup’s ground troops no can can be more glorious than tearing down the system. From “Antifa” to “Extinction Rebellion” violence and disruption are just fine. The coup had its third element.

Up to Us to Stop It

As common sense people it’s up to us to stop this. No matter how much they distort things, the real world has a way of intruding on the coup follower’s bizarre and dangerous ideology. If we arm ourselves with facts and proper arguments we will win the hearts and minds of the people. But we have to be courageous. We have to speak up, endure the difficulty of being criticized and insulted and stick to our guns. And, we have to act. We must vote, sign petitions, form organizations and write letters online and in the press. We have to remember who and what we are. We are the ones standing up against the coup. We stand for civilization in the face of barbarism. Knowing that is a source of strength. We need to defeat the coup’s poisonous influence. And one day we will.

Well defined problem and you have the gift of logical reasoned argument! Regarding “ We stand for civilization in the face of barbarism. Knowing that is a source of strength. We need to defeat the coup’s poisonous influence. And one day we will. ” I agree but as a True Christian (not the bogus counterfeit type) we are told we win ONLY when Jesus Christ returns. Before that we can have some short term gains but we KNOW from our manual that there will be a ONE world government and that NO ONE will be able to buy and sell unless they… Read more »

Well written Perry. I believe Canada has nothing to apologize for insofar as allowing its citizens the ability to enact their own freedoms of religions , social practices and believe structure. We are an accommodating nation , I feel the left in it’s furthest reaches has build a position of subjugated guilt towards us as Canadians , meaning , we the people must feel responsible for the atrocities of the past such as residential schools, racism, and oppression of minorities; however, our reality is not so. Further perpetuation of guilt beholden to the present and future citizens of Canada is… Read more »

Your comment is exactly right. This has been a decades long campaign to shame and guilt us into denying our legitimate history and accomplishments, the basis of which created Canada.The aim is to write a new history, a propaganda filled, lie ridden version of what happened in order to shame us and effect the kind of change they want.This is indeed a coup. It’s our job to resist it and re-establish truth.

Thank you Perry for your constant demonstration of action. You use words as weapons and wield them very deftly. We Canadians need to recognize that if we do not start pushing back against the onslaught of lies and soft propaganda, we will see Trudeau and his ilk make a new Canada in the image the utterly ungodly. Marxism is being spoon fed to us one spoonful at a time. We need to spit out this poison, break the hand holding the spoon and rage against the darkness. The time is past to play patty cake, being nicey- nice Canadians. We… Read more »